Walt investigates the disappearance of several Cheyenne boys from foster care and it seems like everyone involved has an ulterior motive.

The resolution of the case is absolutely chilling; Walt can be one cold motherfucker.

It's good that Henry holds Walt's feet to the fire even if he isn't being all that diplomatic.

PS: someone on IMDB says "According to the Indian Child Welfare Act of 1978 (ICWA) a child who is a member of, or eligible for membership, in a federally recognized tribe would not be adopted outside of the tribe without the approval of the tribal council. " Anyone know if there have been circumstances where this sort of out adoption regularly takes place?
posted by Mitheral (1 comment total)
The resolution of the case is absolutely chilling; Walt can be one cold motherfucker. 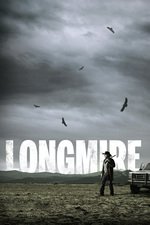