A weekend getaway for four couples takes a sharp turn when one of the couples discovers the entire trip was orchestrated to host an intervention on their marriage. Clea Duvall makes her feature writing and directing debut, and also acts; her character and Natasha Lyonne's are a lesbian couple; there are additionally three hetero couples, including the one being subjected to the intervention.
posted by larrybob (2 comments total)
I enjoyed the film, which I was lucky enough to see this weekend during its limited theatrical release. There's a strong ensemble cast and good production values.

Rather than a lesbian movie or a straight movie, this is one where the commonalities of relationships, commitments, and insights are explored.

My one quibble would be the soundtrack, which uses songs rather than a composed score.

There's a line many people are quoting as a favorite which cites a Dolly Parton lyric.
posted by larrybob at 6:17 PM on August 29, 2016 [1 favorite]

I streamed this over the weekend and enjoyed it. The cast is great and the idea of the story is intriguing (I too have wanted to tell a couple to break up).
posted by Burn.Don't.Freeze at 8:01 AM on August 30, 2016 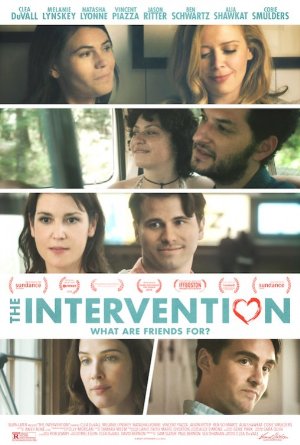