Adolf Hitler wakes up in the 21st century. He quickly gains media attention, but while Germany finds him hilarious and charming, Hitler makes some serious observations about society.


Streaming on Netflix. Based on the 2012 novel Er ist wieder da.
posted by theodolite (5 comments total) 5 users marked this as a favorite
Does he discover Downfall videos?
posted by Halloween Jack at 2:26 PM on February 20, 2017 [1 favorite]

It's actually really horrible (not the movie, that's great), and super relevant to the Trump rise to power.
posted by corb at 9:50 AM on February 21, 2017 [1 favorite]

It's remarkable that this came out in 2015. The very end might be a little overly polemical (Black Mirror's "The Waldo Moment," which is kind of a sibling of this movie, had the same problem) but it's hard to fault them for that.

The bit with the dog in the car nearly killed me.

No spoilers, but That Scene from Downfall gets a surprising and note-perfect shout out.
posted by theodolite at 10:19 AM on February 21, 2017 [5 favorites]

This movie veered between funny and unsettling very effectively and I greatly enjoyed it. The bit with him in front of a studio audience for the first time was a highlight, as was his interest in the Green Party. I think it very neatly showed how the media would love a figure like Hitler for the ratings, and yes - it felt very spooky to watch it when Trump was consolidating his hold on the Republican leadership (which is when I came across it).
posted by nubs at 10:37 AM on February 21, 2017 [1 favorite]

Wow. I couldn't have imagined a movie like this when I was younger. Especially coming out of Germany.

I grew up with my father pointing to a water tower we were driving by in Zutphen and saying "the Hitlerjugend were ensconced in there. They just would'nt give up. The shot at them with howitzers"
And we dug up 15 cm diameter gun cases on a hill in the forest after and old man told us "from that hill they bombarded the SS who were in that estate".
And we were shown movies in school: "don't pick up shells. They can explode. The explosive ordinance department will explode them safely"
Etc. Not to mention the stories about the holocaust and the collaborators.

So it's definitely jarring to view this movie. I think that it's a signal that WWII has moved a bit further into becoming history. No longer a lived experience.
I must say that they dealt with the touchiness of the subject in a subtle way.
posted by jouke at 9:42 AM on February 26, 2017 [1 favorite] 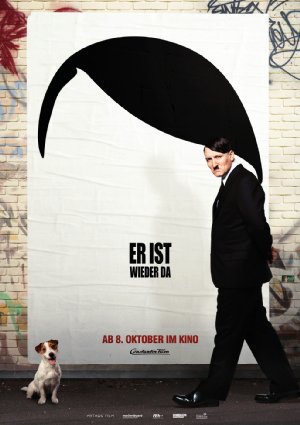