Emmit and Sy try to figure out what they have gotten themselves into; Nikki and Ray track down some collateral; Gloria learns more about Maurice.
posted by JimBennett (17 comments total) 1 user marked this as a favorite
Peter and the Wolf is just the greatest thing here. The roles fit well and the interactions between characters set to the music just works.
posted by tracicle at 4:42 AM on May 11, 2017 [4 favorites]

Narrated by Billy Bob! A nod to season 1.

The county sheriff watching his buddies die in the mud. I wonder if he's friends with Walter Sobchak.
posted by bondcliff at 6:30 AM on May 11, 2017 [4 favorites]

"The roles fit well and the interactions between characters set to the music just works."

Yeah, and they mostly continued it, too. I loved it when Gloria and Nikki passed each other, the music was fun.

So, does this mean we know that Ray, "the duck", gets killed? And is it significant that we get Varga's henchmen as "the shotguns", with Varga as "the wolf", but no musical introduction to "the hunters"? It's weird and interesting that we actually see the narrator, Thornton, at the same monitoring station we see in the flashback to Varga's listening to Emmit's phone calls. That can't be Malvo, as he died four years earlier, but it does make me wonder if "the hunters" won't be someone above (or working for someone above) Varga in Varga's organization.

Also significant is this line:

Well, in the story, the cat doesn't catch anything, but I'm thinking that they're underestimating Nikki Swango as a danger. She's capable of pretty much anything. Also, I think she recognized the significance of Gloria's Eden Valley jurisdiction on her uniform.

Always weird to me to hear Stillwater mentioned (though incorrectly, as the women's prison is in Shakopee). I visited my second-cousin there 35 years ago with my family, the summer after I graduated from high school. He was serving a life-sentence for murder. I remember the visit pretty vividly. My great-uncle Borg would visit his nephew frequently, the only family member who would visit. He insisted that we go to visit with him since we were in town, as his nephew was pretty depressed and would enjoy visitors. And he did, he was very grateful that we were there.

Anyway. probably they referred to Stillwater, not Shakopee, because Stillwater is mentioned in Fargo, the film.

"The county sheriff watching his buddies die in the mud."

Oh, also a couple other things...

I'm wondering about the significance of Varga's bulimia. That seems pretty symbolic, maybe a little too on-the-nose.

And Hawley's musical choices continue to just be great. The end-credit music is You Don't Know, from "Ya-Ka-May" by Galactic. I just bought the album.
posted by Ivan Fyodorovich at 7:28 AM on May 11, 2017 [1 favorite]

I didn't realize this episode was an hour-and-15-minutes (not that I minded) but it also seemed they only had an hour-and-8-minutes of story and the rest was "next time" and a bunch of commercials. Coming out of one of the commercial breaks after the top of the hour felt chopped and it kind of dumped in on the line "grandfather was angry" and I was confused on what was happening.
posted by jazon at 7:51 AM on May 11, 2017

I liked the Peter and the Wolf framing but am mostly commenting to note how obviously this article is a shabby "I just read the Wikipedia page" number: Analyzing The Music Of ‘Fargo’: Who’s Peter And Who’s The Wolf?

Sepinwall saw this one as the season hitting its stride after a "sluggish, formulaic" start: A Familiar Voice Welcomes ‘Fargo’ Back to Minnesota:

“The Narrow Escape Problem” is of a piece not only with what we got in earlier episodes, but earlier seasons, and the fact that it was as much fun as it was is a more reassuring sign that the introductory episodes just had to do a bit more throat-clearing than usual, and Fargo as a whole is in good shape.

So: is Emmit being seduced by Varga's Randian talk of disappearing into your wealth? The season started off painting him as a victim, but I am starting to suspect that he's going to be another Coen-esque man of weak moral character swayed by the attractions of villainy. Wondering if we're being set up for a flip in which it is Emmit, not Ray, who is ultimately the duck.

I liked also that the Ray-impersonating-Emmit bank job reveals both Ray and Nikki's limited vision. Ray steals $10,000 from Emmit; Nikki excitedly wonders if he has "a million" in there; but Varga sees Stussy as a limitless cash machine.
posted by We had a deal, Kyle at 8:07 AM on May 11, 2017 [4 favorites]

I thought the chief's going on about his war experiences, even when they weren't relevant to the subject at hand, was a nod to Walter Sobchak.
posted by raysmj at 1:04 PM on May 11, 2017 [1 favorite]

Although it means precisely nothing, the line "Are you sitting comfortably? Then I'll begin." is famously how every day's story began on Listen With Mother, a radio programme for children on the BBC Home Service and Radio 4 for decades up to 1982.
posted by Grangousier at 1:22 PM on May 12, 2017 [4 favorites]

And he still goes ahead with it - is it to piss off Emmit in a really flagrant manner? If I was Ray and DGAF, upon hearing the reporting requirement, I'd have gone, "You know. Nevermind. Make it $50,000. And don't you forget about those four quarters."

Yeah, I think that's the significance of that. The last thing Varga wants is an alert to the feds. Illegal and black market transactions are often in cash or are converted to cash because of cash's anonymity, so large amounts of cash deposits and withdrawals in an account correlates to either illegal activity itself, or to money laundering. This is why banks are required to report cash transactions of $10K or more.

Of course, a few kinds of businesses deal with large amounts of cash by nature ... and they make good candidates as fronts for money laundering. Except that because this is so, they get extra scrutiny. Note that Varga explains that this is why he was attracted to Stussy's business: lots of cash transactions via the parking lots.

So this both makes sense and doesn't make sense, in that Stussy very well (depending upon how many cash parking lots they owns and run) may be regularly depositing and withdrawing above that triggering threshold, anyway. But then, this was his personal account, presumably.

But, strictly speaking, Ray was already in trouble as soon as he asked for $10K. From the Wikipedia page on the "currency transaction report":

An SAR is a "suspicious activity report" and the bank can file one at its discretion -- but as we see in this paragraph, there are times when they are required to file one, such as when a customer declines the transaction after learning about the CTR.

What I think is interesting and which caused me to look this up on Wikipedia, is that the $10,000 threshold has been set where it's at for as long as I can remember -- in fact, from the article, it dates to the original law in 1986 and has never been changed. Accounting for inflation, that means that really the threshold is going downward all the time. So that threshold as set in 1986 would be at $22,000 today if it had been adjusted for inflation. Conversely, if it had been set at what $10,000 is worth today in 1986, it would have been set at only $4,500. So setting what seems like a reasonably high threshold in 1986 and then just leaving it alone means that, eventually, it will basically cover all substantial bank cash deposits and withdrawals.
posted by Ivan Fyodorovich at 12:31 PM on May 13, 2017 [2 favorites]

I think Ray tells Nikki when he gets back in the car that he asked for $10,000 because that's about what the stamp is worth. He seems less interested in tipping the scales against his brother than in rebalancing them; he feels cheated out of the value of the stamp collection and whatever head start (he imagines) it would have afforded him. So it doesn't occur to him to clean Emmit out. Sure, he's taken Emmit's money in the past, but in Ray's mind he only needed that help because Emmit screwed him out of his birthright in the first place.

There's a visual connection between Varga and Ray, as the towel (handkerchief?) Varga kneels on has a brown square border similar to the floor of the bank lobby (the overhead shot when Ray walks in). Its significance isn't clear to me (Varga will lean on Ray to devour Emmit seems too obvious), but I think it's foreshadowing exactly that.

I'm wondering about the significance of Varga's bulimia.

Me too. My developing theory is that the bulimia permits a kind of invisible decadence. Varga gets the satisfaction of devouring more than he needs, ensuring no one else gets to enjoy it, and then wasting it all. It's a consummate gluttony, the ultimate act of inconspicuous consumption.

Also, was anybody else thinking of Gus Fring when Varga laid out that towel before he knelt down?
posted by Fish, fish, are you doing your duty? at 1:23 PM on May 13, 2017 [3 favorites]

Both of them certainly suffer from a fatal lack of imagination. This is shaping up to be a Dunning-Kruger-esque season.
posted by Fish, fish, are you doing your duty? at 1:07 PM on May 14, 2017 [1 favorite]

They certainly weren't holding back the homages to earlier Cohen Brothers projects.
The new chief was definitely channeling Walter Sobchak.
There was the line about recidivism as Ray was defending Swango, a clear callback to Raising Arizona
Sy's responses to officer Lopez were very Jerry Lundegaard
I feel like there was at least one other, but it'll have to wait for a rewatch
posted by OHenryPacey at 10:14 PM on May 21, 2017 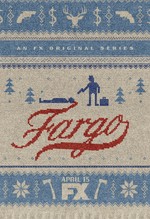