Coulson and the team's victory in the Framework is short-lived, as an even deadlier enemy looms against them all.


Here's the link to the online episode.

It's been said that Marvel, at least in the films, lacks decent villains. Over this past season AoS has shown them how to create one with Aida.

This entire season has been fantastic, from the Ghost Rider to the Framework, but the latter is definitely the show operating at its peak. They upped the LMD game with 4 or 5 imposters, put the characters in the "alternate timeline" convention, and left them reeling from the effects.

Yet through it all has been the stunning story of Aida, as she grows from helpful android servant to hopeful real life person with so much potential to an all powerful villain, bent on revenge. Who would have thought that the smiling and submissive Aida would end up drunkenly having rough sex where she bashes "someone's" head in? The progress was natural, felt real and even if you can't condone her actions, you can understand how and why she did them. Actor Mallory Jansen has done a fantastic job with the character in her various incarnation and helped make the show a real treat to watch.

The other actors and characters have been great also. I love how slight twists on what happened in the real world shaped the Framework and then the repercussions from what happened in the framework have been spilling back out into the real world. It's been one of the finest tv examples of comic book tropes that have done with a real weight and gravity to them. Previous seasons have been more humorously and lighter, but then season has darker in the best of ways. Can't wait to see how this all ends!
posted by Brandon Blatcher (5 comments total) 2 users marked this as a favorite
This really has been a solid season, and dividing it into thirds (Ghost, LMD, Hydra) has really worked out well. It feels like comic book storytelling - linked but compartmental, story arcs with repercussions for the next, and really really paying off all the development put into the characters for the past seasons. Fitz's turn as villain was solid, and his entire reaction post-Framework just reinforces everything we've seen of him. His greater understanding of Ward, his bedrock love of Jemma, his underestimating the potential bad in someone else, all great character points.

I really have no idea what's coming next. There's ways I hope they pay off certain storylines, but I know I won't be disappointed if they go in different directions because every single choice so far has been great. Now that they're renewed for a fifth, I can watch the finale without distractions.
posted by GhostintheMachine at 12:13 PM on May 14, 2017 [1 favorite]

Oh your point into thirds (i thought it was halves) is great in comparison to the Netflix shows, which seem to sag a bit with only 13 episodes. Might be the ensemble cast of AoS instead of the single character focus of Netflix too.
posted by Brandon Blatcher at 1:25 PM on May 14, 2017

So excited for next episode and next season!

When Coulson was catching May up on recent events (great scene!), I realized that all that seemed like ages ago. Everything happened this season? Wow. The pacing in this show is amazing, such much has happened without episodes feeling like major info dumps.

I'm anxious to see what will happen to our team. One of the things that I think the show does so well (and it really does a lot of things well) is how it manages the danger level. Characters don't seem disposable to the point where you shouldn't even bother getting attached but no one seems indestructible, either. And characters can be killed, yes, but that's not the only available plot device/character development. I'm particularly curious/worried about Fitz.
posted by eeek at 4:32 PM on May 14, 2017 [2 favorites]

Though I am still unsure why Aida/Ophelia still has superpowers though.

Though I am still unsure why Aida/Ophelia still has superpowers though.

She read the Darkhold, a collection of black magic, and it unlocked powers within her. Normal humans can't endure reading the book, but her non-human nature enabled her to withstand its destructive power and harness some of it. It's a tie between the tech world of SHIELD/Avengers and the mystic world of Dr. Strange.
posted by GhostintheMachine at 5:47 PM on July 6, 2017 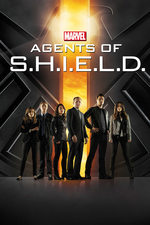