Rome, AD 54. Claudius' benevolent rule of Rome leads the populace to accepting an emperor, but he decides that Rome must come to hate its ruling family, overthrow it, and restore the Republic. To do this, he marries his niece Agrippinilla and adopts her son Nero, making him co-heir with his son Britannicus.

Well, here we are, 12 episodes and nearly 13 hours of television later, at the very last episode of I, Claudius. We open, appropriately enough, with Claudius dead, and Nero and Agrippinilla (Agrippina the Younger, given the diminuative version of her name to distinguish her from Germanicus' widow and her mother, Agrippina the Elder) gloating over his body.

Agrippinilla is pure evil - I know you thought we'd seen pure evil in female form before, in Livia and certainly in Messalina, but not so - Livia was strangely grand, a true Magnificent Bastard, and even sympathetic towards the end, while Messalina was really just a small child, over-indulged and too used to getting her own way. Agrippinilla, on the other hand, is evil in human form.


Despite its benefits, Claudius’ bargain disturbs the scheming Agrippinilla, who senses something odd about his quick easy agreement to all facets of what was supposed to be a long difficult plan of manipulation — a blueprint similar to Claudius’ previous wife, Messalina. Like her, Agrippinilla benefitted from a random whim of Caligula — her mad brother banishing her to die on an island, where she instead remained safe from Cassius Chaerea’s assassination plot against her family. Now, she is primed to take power, with plans to wield it via manipulation of her son, Nero, in his position as emperor… all of which Claudius knows, and reshapes into his own plan for Rome’s future, as he tells Narcissus:

I admit that I’m sad this is ending, not just because the experience was so surprisingly fun, but because the resolution of this miniseries is bittersweet in and of itself. It was inevitable that the finale would have to feature Claudius’s death, but I did not expect to feel so many things about it. The previous episode set up Claudius’s loneliness, and here we watch as that state is drawn to its final moment: Claudius dies alone, with no friends or family by his side, his wife and heir scheming to betray him in the end.

posted by the man of twists and turns (3 comments total) 1 user marked this as a favorite
That At Large article was really interesting. When one of my teachers showed me this series in high school, I occasionally wondered about any censorship that it may have faced in crossing the Atlantic.

So many great, portentous moments in here. But probably my favorite is his hallucination of his dead relatives. They are all SO in character.

Britannicus is such a dope. OTOH, the Sybil is so brilliantly jaded.

I also find it interesting, and very fitting, how different this episode is in tone from the rest. It's much quieter, darker (in lighting), and slower paced. Funereal, I suppose.

One question I have yet to resolve, for my part: is it better to watch Rome before or after this? My gut says "before," not just because of chronology but because I, Claudius has a fitting and proper ending, not an abrupt "we ran outta money" ending. OTOH, at the end of Claudius, I get that same wistfulness as at the end of Star Trek: Deep Space Nine, like "I'm not ready to leave this world yet, so I'll watch the later but inferior series" (Rome/Voyager). But then you're left hanging even moreso, because the inferior show has such a vastly less satisfying ending. I guess there's something to be said for closure.

Thanks for posting these, man of twists and turns!
posted by CheesesOfBrazil at 5:19 AM on January 26, 2018

CheesesOfBrazil: I'd say I, Claudius should be watched before, Rome, then after. At least if the viewer doesn't know much about Roman history. Though this may be just because that's how I wound up doing it.

The first time through I, Claudius I found things were much more straightforward. Without a context for Livia, Augustus, and the arc of I, Claudius generally things are much more black and white. Once you see the events of Rome, the Dictatorship of Julius Caesar and the rise to power of Octavian, and the bloodshed involved, or learn about it some other way, the characters and the meaning of I, Claudius changes in some important ways. As I've said, Livia gets more sympathetic, the violence becomes less an aberration or a decline, and more a reversion to form. Thinking on it, "Let all the poisons that lurk in the mud, hatch out!" is a pretty good summation of what happens during the series.

I alluded to this earlier: But this time through I noticed that Tiberius and Claudius wind up in much the same place even if it is for vastly different reasons. Tiberius despises Rome because it won't love him, and sets up Caligula as a successor in an act of revenge. Claudius despises Rome because it loves him or at least likes him, and sets up Nero. Claudius thinks it's sabotage, at the same time, he lived through the death of Caligula. If the Empire survived Caligula... what makes him think Nero will get the job done?

And while the clearest parallels are between Claudius and Tiberius, arguably, all of the Julio-Claudian line wind up in the same place as Claudius. If we can believe the story, Augustus wanted to retire, wanted to end the Empire to restore the republic. Tiberius hated Rome retired to Capri and his perversions, and plotted disaster upon the empire. Caligula fled into madness, "If you only had one neck, I'd hack it through!". All of them betrayed, all of them murdered in the end by someone close to them.

That said the show manages to do something amazing. It makes Nero and Agrippinilla somehow worse than Caligula. It's odd, because if you just describe their actions, Caligula is worse in every way. Yet, there's this pettiness to Nero and his mother, this ugly, oily, meanness. Caligula was at least mad.

Also, Derek Jacobi's acting in this episode brought it to another level. In public as the declining, drunk, Old King Log, with no illusions left, lacing his words with contempt. Plotting his grand sabotage in private. Up until the end it almost seems like he's going to make it work somehow. At the same time, it's part of the bleakness I was talking about. We know it's not going to work. We know it's a doomed effort.

The one thing I don't like about the choices in this episode is that I would have liked to hear what Tiberius and Caligula's hallucinations had to say to Claudius. Ah well.

At any rate, this has been an interesting chance to look back at the series. Thanks to the man of twists and turns for putting it up, and thanks to CheesesOfBrazil for offering your insights all the way to the end.
posted by Grimgrin at 5:21 PM on January 26, 2018

Dunno who'll see this, but I just learned that John Hodgman has done an I, Claudius rewatch podcast!
posted by CheesesOfBrazil at 12:44 PM on November 9, 2020 [1 favorite] 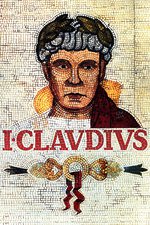