In a future where the polar ice-caps have melted and Earth is almost entirely submerged, a mutated mariner fights starvation and outlaw "smokers," and reluctantly helps a woman and a young girl try to find dry land.

Because after spending enough money to retire the national debt of a Third World country and generating more publicity than the fall of Rome, it is something of a reality check to discover that this Kevin Costner-starring epic is neither a fiasco nor anything that ina sane universe would have cost $175 million and counting.

Instead, it is a moderately successful guy's movie with both weak and strong elements where lots of things are brilliantly blown up and few things make any kind of sense. It's summer business as usual, the classic glass of (yes) water syndrome, either half full or half empty depending on your point of view.

NYTimes: First came the water, then came gills and webbed feet: this film's floating cowboy of a hero is the Mariner (Kevin Costner), an amphibian hunk who gets to deliver one of the more memorable make-out lines in movie history. "I'll breathe for both of us," he offers, putting an undersea lip-lock on Helen, the dull, decorative heroine played by Jeanne Tripplehorn. Beyond this, "Waterworld" isn't much of a romance. The Mariner spends less time breathing for Helen than slapping her around.

Roger Ebert: The first shot of an action hero is supposed to set the tone for a movie; remember your initial glimpses of James Bond or Batman, and compare them with "Waterworld," which shows Mariner peeing into a bottle, pouring the fluid into a home-made chemistry set, cranking a handle to process it, and then drinking it. Then he gargles, and spits on his little lime tree, so we know how he gets fresh water and vitamin C.


posted by MoonOrb (16 comments total) 3 users marked this as a favorite
Remember when the Mariner trades a jar of dirt for chits which he spends on a plant that comes in a jar of dirt? I remember.
posted by xyzzy at 7:02 PM on February 9, 2018 [11 favorites]

all i remember about this movie, as i watched it in the theater, is how annoyed i felt during the attack on the floating city that was practically a shot for shot (as i remembered it at the time) rip-off of the attack on the refinery in The Road Warrior
posted by kokaku at 12:13 AM on February 10, 2018 [2 favorites]

The real star of this movie is the trimaran. That boat is freaking awesome.
posted by valkane at 6:22 AM on February 10, 2018 [5 favorites]

That is a killer post, MoonOrb. I've enjoyed poking through the background material you provided.

I don't remember the movie itself all that well, but io9 captures the impression I've kept all these years:

Like its “hero,” the movie is generally kind of one-dimensionally unpleasant. The Mariner has a lot of anger issues, especially against the women he’s transporting, to the point he physically abuses them. It would be an enormous problem if the film were released today, but it’s so pervasive that even by the moral standards of 1995 it had to have felt like too much.

I didn't like the Mariner. At all. I felt like the movie wanted me to - I remember the little girl shilling him to Dennis Hopper*, and just rolling my eyes. Basically, the emotional framework of this movie put me off more than how silly the environmental message was. I was, and am, a bit of a sucker for stories that mean well - I just didn't think this one did, and it was even worse because I didn't think anybody behind the scenes really got that.


* Whenever Dennis Hopper is a bad guy in a movie, I just imagine it's the same man, iterated across a thousand universes the way that the recurring bad guy Randall Flagg is in Stephen King's later work. I have no justification for this interpretation of visual media, nor do I feel bad about that.
posted by mordax at 8:49 AM on February 10, 2018 [7 favorites]

True story: I was like 14 or 15 when Waterworld came out. Before it officially released, I searched online for 'water world' or maybe even 'waterworld' and uh. Let's just say I didn't find info on the movie, and instead learned about certain predilections. ;)
posted by Charybdis at 8:57 AM on February 10, 2018 [1 favorite]

I only ever saw this movie once (and that was apparently twenty years ago) but to this day if I hear that a good or service is free I respond with, “Nothing’s free in a water world.”

Some things just stick with you, and some of those things are stupid.
posted by Parasite Unseen at 10:28 AM on February 10, 2018 [8 favorites]

all i remember about this movie, as i watched it in the theater, is how annoyed i felt during the attack on the floating city that was practically a shot for shot (as i remembered it at the time) rip-off of the attack on the refinery in The Road Warrior

The more I think about how this is a watery ripoff of The Road Warrior the angrier I get.
posted by Mr.Encyclopedia at 5:11 PM on February 10, 2018 [1 favorite]

On the positive side, Waterworld pretty much killed Kevin Costner’s career.
posted by rikschell at 7:10 PM on February 10, 2018 [6 favorites]

I remember just bursting into tears right there in the theater when the Mariner got mad and threw the little girl* off the raft. It wasn't that I cared about the characters or anything, because I decidedly did not. It was just such a moment of pointless meanness, and I couldn't walk out of this particular theater without a ride, and I was a teenager and everything was so unfair. I hid my face so nobody would think I was actually affected by this thing.

I am a Hard Love This Movie. I don't care whatchall think at all.

Costner the web footed mutie's darned hard done by and while beset with losses is the face of optimism and can-do-it-ness.

This might be the sunset film for 90's Action-Adventure movie, or close to it.

Christ, Kevin Costner movies were one of USA's face brands. What kinds of films are trending now?

Remember 'The Postman'? What happened to optimism and even more blatant anti-Nazis-ism?
posted by porpoise at 10:51 PM on February 10, 2018 [2 favorites]

Whenever anybody talks about The Postman, I can only think of this now.

Taken as a whole, The Postman, Waterworld and Robin Hood: Prince of Thieves destroyed any warm, fuzzy feelings I had had or would ever have regarding Kevin Costner.
posted by DrAstroZoom at 9:52 AM on February 12, 2018 [2 favorites]

I saw Waterworld in a drive-in when it came out, which feels at least a little cool. I didn’t like it then. In college, one of my best friends was obsessed with it, so I watched it a few times more. I’d really love to watch it again, because all I remember is some of the amazing names the “bad guy” calls Kevin Costner, like “Gentleman Guppy” and “ichthy freak“ (as in ichthyology, of course).
posted by jeweled accumulation at 12:02 AM on February 13, 2018

lately i've really been identifying with william preston's character in this film
posted by entropicamericana at 5:22 AM on February 13, 2018 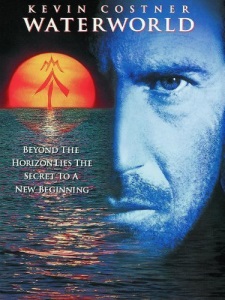