The Inaugural Constructed Reality Film Club (CRFC) Thread!: eXistenZ (1999), by David Cronenberg. eXistenZ tells the story of a game designer, Allegra (Jennifer Jason Leigh), who becomes trapped inside of her own creation. She is accompanied by marketing trainee, Ted Pikul (Jude Law), as they embark on a disorienting and mind bending journey across multiple intersecting realities, enabled by the disgustingly lovable Metaflesh Game Pod.


What is this film club all about? We'll be discussing films in the constructed/simulated reality genre. The exemplar of this is The Matrix, but its popularity as a narrative trope ensures that we have lots to talk about. Although movies in this genre often focus on virtual reality and computer simulation, it's expansive enough to include constructed dramatic realities (like Holy Motors and Synecdoche, New York) and movies that take place inside of character's minds (like The Eternal Sunshine of the Spotless Mind).

When does this happen? This is bi-weekly. The next film (TBD) is on the 27th. There will be a planning thread at the end of this week, unless people don't really care, in which case I will take absolute benevolent dictatorial control.

eXistenZ by David Cronenberg: Cyber-fictions for a post-humanity (2003): [this article] constitutes a reflection on the transformation of certain cultural habits which may allow us to develop new critical tools for analysing and comprehending this new literary step into the digital environment.
posted by codacorolla (11 comments total) 8 users marked this as a favorite
I love this film and haven't seen it in ages. So I'll definitely be joining you for CRFC.
posted by pmcp at 2:57 PM on October 13, 2014

"I find this disgusting, but I can't help myself." Man, this film is truly disgusting. A fleshy, vaguely erogenous, game system that you hook umbilically to yourself and manipulate through massage. A gun made out of mysterious animal parts that shoots teeth. The worst Chinese restaurant in the world. Grime, filth and decay instead of the luxurious clean artificiality of The Matrix.

The way that the characters rapidly switch back and forth between protagonist and antagonist is mesmerizing, and reminds me of bad fever dreams that I've had. I think the fever dream feeling is amplified by the very spare set design, which struck me as being (intentionally) cheap and shot to resemble a sound-stage. This reflects the nested doll nature of the film's reality, and the way that we're never sure if we're in the top level or within yet another layer of the simulation.

Interestingly, outside of the Metaflesh Pods, we never see a computer. Allegra doesn't have a console that she jacks into, and presumably she's programming the same way she's playing (massaging a grotesque lump of flesh). That's a really interesting move for something that is expressly about computer simulation.
posted by codacorolla at 3:39 PM on October 13, 2014 [2 favorites]

"very spare set design, which struck me as being (intentionally) cheap and shot to resemble a sound-stage"

Yeah, I remember reading somewhere that noone wears jewellery in the whole film as it just adds a slight sense that something is missing without being noticeable. Maybe its where the uncanny valley will be in 30 years time?

I really love how the interfaces are designed as pretty much the opposite of a cold, hard, phallic joysticks.

I love the iPod-esque devices everyone has in the last...reality?

And the different hairstyles Jennifer Jason Leigh sports. That's the reality shifting for you.

And the special at the restaurant.

And Jude Law. And Callum Keith Rennie, which is why I first saw the movie.

What this game seriously needs is a can of UBIK.

I think for makinga good short-story style point, the final reality had to be the real one. But on the other hand, I really don't escort the poor schmoe to be a murderer, so I hope there's more realities- that one can never tell what the real reality is.

And each reality should have different aspects- the last one in the movie was an ipod reality, the next one will be a mainframe reality, then a cloud reality, then...
posted by happyroach at 12:40 AM on October 14, 2014 [1 favorite]

I'm still working on a larger write-up, but in doing some reading I found an interview between Salman Rushdie and Croenenberg, and they touch on the subject of games,


Cronenberg: Do you think there could ever be a computer game that could truly be art?
Rushdie: No.

There's a beautiful game called Myst. Have you seen that?
I haven't seen that.

They say this is democratic art, that is to say, the reader is equal to the creator. But this is really subverting what you want from art. You want to be taken over and you want to be-
Shown something.

Exactly. Why be limited by yourself? But they say, "No, it's a collaboration."
I like computer games. I haven't played many. At the Super Mario level I think they're great fun. They're like crosswords because once you've beaten the game, you've solved all its possibilities.

There's nothing left.
Whereas this is not true of any work of art. You can experience it over and over.
And if you come back to it in five years it's a different work, it's a different thing.
There's a different thing between a puzzle and a book. These are just very clever puzzles and they are very enjoyable and they require certain skills which are quite clever, useful to develop. Sometimes they make you use your mind in very interesting ways because it requires natural steps. You have to think in ways you wouldn't expect in order to find the solution. But it's just a game.

You would say, then, that a game designer could never be an artist?
Never say never. Somebody could turn up who would be a genius. But if one thinks about non-computer games, there are many which people say have the beauty of an art form. People say that about cricket, people say about every game.

But actually, they're not art. You can have great artists playing games. You can think about a great sports figure as being equivalent to an artist. I could see that there could be an artist of a games player, a kind of Michael Jordan of the Nintendo.

They have those competitions internationally.
In the end, a work of art is something which comes out of somebody's imagination and takes a final form. It's offered and is then completed by the reader or the viewer or whoever it may be. Anything else is not what I would recognize as a work of art.

Also availble on youtube https://www.youtube.com/watch?v=gxZJkjG5elY
which is where I first watched it
posted by njk at 2:25 PM on October 15, 2014

(Looks at what's next to this thread on the Recent Activity list) I have to wonder what Rushdie would think of Katamari Damacy...
posted by happyroach at 3:57 PM on October 17, 2014 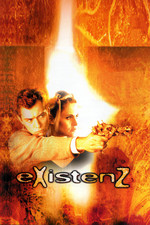