Faye is attacked and later helped by Gren, who holds a grudge against Vicious. After explaining his story to Faye, Gren chases after Vicious, and when he and Spike end up reaching him, a three-way battle takes place.


“When I came home from the war they put me in prison. They thought I was a spy. I heard it was Vicious that testified against me, I started to go crazy. So they gave me some new drug they were testing on prisoners. It was highly addictive, and the side effects? Well, my hormones went out of balance and this is what happened.” — Gren
posted by filthy light thief (3 comments total) 1 user marked this as a favorite
The first few times I watched this episode, I found myself puzzled by Gren's accidental drug-induced gender transition. I saw it as a baroque element that was an interesting twist, but didn't specifically contribute to the story. All things considered, Gren could have just gotten himself disfigured by a stray mortar blast or maimed in prison, and it would have given him just as much of a grudge against Vicious, right? That's probably so, but it wouldn't have told this particular story: Spike goes in search of a mysterious woman from his past, only to find an even more mysterious "woman" from his enemy's past. Further, Gren's ambiguity and antagonism towards Vicious renders him as a stand-in for both Spike and the missing Julia.

This story is a two-parter for a reason: The major elements in each half mirror themselves in interesting ways, starting and ending with the repeated scene with old man Bull.

The moment that really makes this session for me is the final confrontation on the rooftop; No sooner does Vicious deny his need for comrades, than Lin leaps in front of him to stop Gren's bullet. Spike and Vicious each see themselves as individuals, disconnected from the people around them. But Spike still retains enough humanity to see the injustice in Lin's death, whereas Vicious writes the sacrifice off as being for the good of the syndicate. I'll be interested to see how this theme is continued in the finale.
posted by Strange Interlude at 6:54 PM on October 20, 2014 [2 favorites]

But Spike still retains enough humanity to see the injustice in Lin's death, whereas Vicious writes the sacrifice off as being for the good of the syndicate.

That's one thing that struck me as really odd - Vicious says he needs no one, but acts for the good of the syndicate. While I could see how the syndicate benefits Vicious (even a mercenary needs a client), it seems at odds with the notion that he does nothing for the good of anyone else.
posted by filthy light thief at 2:39 PM on October 23, 2014

The way I see it is this: Vicious is half-assed solipsist and a relic of the old system. He considers himself a singular man surrounded by weak incompetents, and pays lip service to "the good of the syndicate" solely because he wants to control it. He feels that the syndicate is holding him back, and he's partly right: Mao yearned to de-escalate tensions with the other gangs and go quasi-legit, and the old men of the Van were content to rest on their laurels and live like emperors. In this new world, there would be no place for a cold-blooded killer like Vicious. He wants to keep it alive, but refuses to let it grow or change around him.
posted by Strange Interlude at 4:42 PM on October 26, 2014 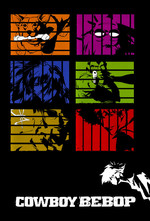