Ms. Venable receives a delivery.
posted by kittens for breakfast (5 comments total) 2 users marked this as a favorite
Yeahhhhhhhhh I'll keep watching, but this episode really underwhelmed me.
posted by miss-lapin at 4:13 PM on September 27, 2018

I was actively angry at how boring and lame this episode was until the end. And I hate myself for saying that. Because that's obviously how I'm supposed to feel, and I really hate that so far this season has been paced like the worst Netflix show, with fantastic islands of dull schlock between strong openings and shocking cliffhangers. AHS has been a lot of things, but this is the first time I've ever thought it was dull. Am I supposed to be glad all the shitty new characters are dead? Because I'm ecstatic.
posted by kittens for breakfast at 5:32 PM on September 27, 2018 [2 favorites]

The Mallory/ Langdon opener has all kinds of potential. Left-field; this kind of really feels like Mark Lawrence's Broken Empire and Red Queen's War series' setting. SPOILER: basically the LHC fucked things up and about 1000 years later willpower/belief powers "magic" where tech is late medieval/ pre-renaissance, with exceptions)

Mead keeps repeating the "I'm a robot" thing, that's got to play out ...more... somehow.

The 'fresh' apples; gamma irradiation will do as advertised, with no ill effects. Done in 28 Days Later, with apples also, the practice is to pass produce via a timed conveyor belt next to a Gamma ray source for a known distance and time (exposure). The gamma radiation breaks up DNA but leaves sugars and proteins mostly intact; but it's the damage to DNA that renders microbes non-viable (they can't keep making the tools they need to keep feeding off (and spoiling) the plant cells, can't reproduce).

The damage to mRNA (to the fruit/ produce) is probably also really important in keeping produce 'fresh.' Fruiting bodies are constantly progressing towards breakdown, killing all the mRNA is like hitting the circuit breaker for a facility that's been set to go off and start to self-destruct.

I did enjoy Billy Eichner's 'Brock' character. Definitely not an Eichner fan (until now, maybe), but that was more believable than the standard (handsome) 'man with no name' trope, and a nice segue to the more fantasty elements of this season.

The pacing is a problem. I get where the writers are coming from, but they were wrong.

I'm wondering if a lot of angst is that the show is written/produced by arts people without a lot of real (relevant) science, or even sci-fi experience... trying their hand at sci fi without understanding the distinction between "hard" scifi, ""Hard"" scifi (whereafter the character proclaims Star Trek as "hard" which is the joke), and sutff that's fantasy with a "sci" veneer (like, Star Wars).

I think I enjoy this show more the less I'm familiar with the trope/setting.
posted by porpoise at 9:40 PM on September 28, 2018 [1 favorite]

To be fair, there was a lot to love. I'm obviously thrilled the witches are back -- it's hard to express in words how much I love Madison Montgomery -- and "She's a Rainbow" was a pretty neat song choice (that had to be expensive as hell). I presume the song is a reference to Anna Biller's The Love Witch.
posted by kittens for breakfast at 10:54 PM on September 29, 2018

At least the young lovers got it on before they died. So you know, there was that. I would have been more pissed if they died without getting any. They were the only characters I was actually invested in.
posted by miss-lapin at 11:45 AM on October 3, 2018 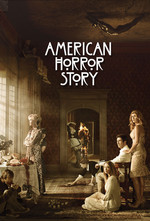