Having been led by providence to Fraser's Ridge, Jamie, Claire and Young Ian begin to build a home in the Blue Ridge Mountains; in the 20th Century, Roger tries to reconnect with Brianna.
posted by olinerd (13 comments total)
I liked this episode a little more. Felt like more was happening.

oh god fuck this episode so hard. This was the episode I was the angriest at their departures from the books.

It matters when you take the source material, which wasn't necessarily /great/, and make it /actively worse/. When you take the Cherokee in particular, who worked really hard as a survival tactic to be considered not a threat, and have them randomly terrorizing random white settlers, it is a problem, especially given the Cherokee forced march on the Trail of Tears, when you portray the Cherokee as just 'fierce natives with guns' and you have this big conflict about 'will they drive Jamie off his land' which did not exist in the book so you don't even have that excuse.

And then you add on random mysticism, when like, in the book it was SUPER REASONABLE that the Cherokee were involved with the bear, they were hunting the bear and it was wounded and that's why it attacked, Jamie killed it with a knife and they thought it was funny, and then they divided the meat in a reasonable way, and everything was fucking cool. Like when you have the drama of a ACTUAL BEAR ATTACK why do you have to invent drama of people going to die from attacking native americans ARGLE BARGLE HATE THIS EPISODE.
posted by corb at 10:50 PM on November 27, 2018 [5 favorites]

So Fraser Ridge is built on a plot of land which was, I believe, given to Jamie by the British - and the show uses this slight of hand to get round the fact that the British stole it from the Cherokee - and both Jamie and Claire are aware of this. Hmm.

Highlight of the show. for me, was a reminder of how tough it would have been to have been a couple who don't communicate all that well anyway - having to keep in touch by means of international phone calls.
posted by rongorongo at 4:01 AM on November 28, 2018

Why the Cherokee rather than the Mohawk, do you think?

Maybe because they're in North Carolina which is nowhere near where the Mohawk people resided. I haven't read the books, but if it was the Mohawk instead of the Cherokee in the book, Gabaldon got that wrong.
posted by katyggls at 11:38 PM on November 28, 2018

Well there we go. It was definitely the Mohawk in the books. Boy, Gabaldon will research plants to death, but not people? 🤔
posted by olinerd at 5:52 AM on November 29, 2018

Maybe because they're in North Carolina which is nowhere near where the Mohawk people resided. I haven't read the books, but if it was the Mohawk instead of the Cherokee in the book, Gabaldon got that wrong.

Gabaldon actually did a ton of research for Drums of Autumn, which is the book that this season is based on - as I recall, she included actually four tribes. The Creek, the Tuscarora, the Cherokee, and the Mohawk all make appearances. The Tuscarora and Cherokee are the ones immediately closest to Fraser's Ridge and the ones they have the most dealings with, the Creek are like, far-neighbors and we see them wandering through while doing their business or trading, and the Mohawk are far off - iirc when our intrepid heroes interact with them, it is after a journey of at least two months - which, measuring the distance from North Carolina to Mohawk territory puts us at about 450 miles, so about 5-10 miles a day, which can absolutely be done even backpacking, much less with horses.

All of these interrelationships, particularly of the tribes, rest kind of nicely on the real history. Which you can do really easily in the books by providing a little context.

But I think what's happening is that the showrunners are maybe worried that too many Native American tribes will be confusing for viewers, and/or they would have to have different costuming for each (which they should) and it would be too burdensome for the show, so they're kind of combining all tribes into one tribe. Which has its own problems, aside from the 'NA are a monolith' part.

(On the monolith thing, I was also irritated by 'Oh, here is the male leader of the Cherokee, what he says goes, because people believe That's How Tribes Work')
posted by corb at 8:58 AM on November 29, 2018 [3 favorites]

and the Mohawk are far off - iirc when our intrepid heroes interact with them, it is after a journey of at least two months - which, measuring the distance from North Carolina to Mohawk territory puts us at about 450 miles, so about 5-10 miles a day, which can absolutely be done even backpacking, much less with horses.

I see. Yeah if they get as far north as Northeastern Pennsylvania or NJ, they would certainly run into the Mohawk there. Not being a book reader, I wasn't aware they traveled much to other colonies/territories after settling in NC.
posted by katyggls at 12:21 AM on November 30, 2018

The only things I liked about this episode were Rollo and Gail's cool sweater at the end.

I get what they're trying to do - the book totally glosses over the mechanics of how Jamie & Claire actually get settled on the mountain - but oh my god, I hate that Jamie decides to NAME it Fraser's Ridge instead of letting that naturally become what everyone called it which CLEARLY is the real way it happened.

I watched the bit at the end where they talked about really wanting to get the Native American part right, visiting the Cherokee reservation in North Carolina, etc., and then said, "So then we flew over some Canadian First Nation people to play all the roles," and I mean, I guess that's all right, whatever. I didn't feel like they were portrayed well at all, though. It felt like watching Little House on the Prairie.

I feel like the acting was really poor across the board, too. Also why does Jamie have BANGS.
posted by something something at 7:05 AM on November 30, 2018 [1 favorite]

Also I forgot how stupid it was how all those coincidental leaps led to Roger finding out they ended up in North Carolina and about the fire. It makes zero sense that Fiona happened across that copy of the Wilmington Gazette in her house and paid enough attention to read it and realize what it meant, but oops! Smudge on the date. STUPID.
posted by something something at 7:08 AM on November 30, 2018 [1 favorite]

It makes zero sense that Fiona happened across that copy of the Wilmington Gazette in her house and paid enough attention to read it and realize what it meant, but oops! Smudge on the date. STUPID.

I kind of "eh...okay'd" through most of the Cherokee bits, chalking it up to the exigencies of adapting a thousand something page book, but Fiona giving Roger the newspaper article was a HUGE thunk in the middle of the plot. I suppose they wanted to introduce the concept of Fiona knowing about the time travel thing for the future, but her having the newspaper article doesn't even make sense within the context of the TV show plot, let alone the book.

And the smudge on the date? For heaven's sake, Roger is a HISTORIAN. He's already told us that he's like a dog with a bone. He calls a colleague at UNC and asks them to check the microfilm for that particular date throughout the decade. Yeesh.
posted by Preserver at 8:07 AM on November 30, 2018 [1 favorite]

Exactly. It would have been much better, both plotwise and for character development purposes, to see him actively researching to find out what happened to Jamie & Claire, rather than discovering all of it via a series of implausible coincidences.
posted by something something at 8:41 AM on November 30, 2018 [2 favorites]

I think what they're trying to do with the smudge on the date is keep the danger possible rather than "in five years you might die". But I agree that it's dumb - and also, speaking of that whole sideplot, having it happen while Roger and Brianna are effectively broken up is also dumb, and I'm actually wondering if it's elaborate way of cutting out side plot areas that they just don't want to film for whatever reason? Because him choosing not to tell her that her parents died is only significant if he normally was talking to her every day, him telling her about North Carolina but not the parents dying is just kind of 'meh'.
posted by corb at 9:35 AM on November 30, 2018

If I heard it correctly, Jamie has a deed for 10,000 acres from the British. My first thought was, why so much land? Google says it is 15.6 square miles. Probably that was typical of the time, handing out huge chunks and it seems like he intends to have Ian and Fergus set up homesteads and maybe a few others so everyone will need a certain amount of land to be self sustaining.

Then I wondered, self sustaining how? They are in the mountains, are they just going to fish and hunt? farm on the slopes? how long before all the game is killed off or moves to more remote land? The natives move around, I believe, but these guys are settlers, building permanent homes. Maybe they'll raise dairy cows, cattle, sheep? I just keep coming back to the terrain, scenic as hell but not really suited for these pursuits.

The issue with settling on Cherokee land reminded me of something I read in high school about treaties. They didn't really believe that land could be "owned". It was like air or water so they signed away swaths of land to people who emphatically did believe in property rights. People like that fellow who helped Jamie and Claire (forget his name), he pretty much lived like the Cherokee, hunting, trapping, moving around, trading. He wasn't a threat to their way of life. But Jamie and Claire and the "Frasier's Ridge" settlement are.

Last thought, if they want to avoid the Revolutionary War, they need to head to Ontario or even better, Nova Scotia.
posted by TWinbrook8 at 4:27 PM on December 1, 2018 [1 favorite] 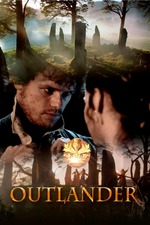