Maeve is a lamppost. She sees all of us, but does anybody see her?


What is it that makes this episode the stand-out of the series?

Contributing factors, imho:
- even just her name (and given it's the voice actress' actual name, you suspect they chose to keep it for the character given her peculiar strength of voice/accent/character)
- the personification is so ramified, there are things entirely missing from Maeve's worldview and vocabulary, yet at the same time she's particularly firm in certain convictions
- the juxtaposing choice of such a whimsy/whispy accent for the most rigid, grounded, obtrusive, immobile of objects in the series
- the subtlety of performance, with unexpected in-character asides delivered so integratedly into the natural flow, just like a real interview would have (I really wondered what the balance of script vs improvisation was here)
- the admitted self-awareness of (and thus commentary on) its podcasty-ness

The writing - despite their claim it's "unscripted"... - for this (and also for Louis, Can of Cola) was almost flawless (the post bending in the movie was just a touch off the mark, for me), really beautifully imagined and developed, and with both Maeve's and Ian's performance, everything really comes together sublimely - in a way that isn't really ever reached in the following episodes.
posted by progosk (5 comments total) 2 users marked this as a favorite
I love Maeve, Lamppost, so much! I love how she is so convinced her worldview is correct. I also thought Chioke, Grain of Sand, was really moving as well as of course Louis.

Regarding it being unscripted, I think I heard Ian say in an interview that there is preparation on each side. It's not like they are in an improv class and the guest goes in completely blind.

I really loved Ian on How To Do Everything, and I feel like this show is almost an extension of that.

One thing that's interesting to me in an inside-baseball kinda way about this show is that it's on Radiotopia. I heard it many months before the premier as a Gimlet member preview. I am so curious as to how/why it changed networks!
posted by radioamy at 9:26 AM on January 18, 2019 [1 favorite]

Fantastic episode of a fantastic podcast.

Some of the others are a bit less impressive and occasionally cause my amateur fact checker hackles to flare up. (No consumer balloon remains inflated for two years. Everyone who has lived in the world knows this. What the hell?) A few objects demonstrate a knowledge of the world that seems unreasonable, though, to their credit, they often do try to explain it in some way. But, even the worst shows are still more interesting than most of the media in the world.

I'd love to hear a behind-the-scenes discussion of what the interview process is like. I haven't heard unscripted, fictional interviews as convincing as this since Joe Frank. From what I understand, he used to record tens of hours of material for every hour of radio. I suspect this might be similar, with many takes of every scene. I'd love to hear an hour or the unedited conversation for one of the great episodes.
posted by eotvos at 9:41 AM on January 18, 2019

And the answer to the question, "how many times can someone use the word "world" in a short fanfare post without noticing," is "too many."
posted by eotvos at 9:59 AM on January 18, 2019

Oh boy. I learned about Everything is Alive on the Blue and immediately devoured the first three episodes. The first one (Louis, can of cola) was incredibly hilarious and profound, but Maeve was gut-bustlingly brilliant. Then the pillow was kind of okay. (It inspired me to buy a new pillow when it explained that my current one was largely composed of dust mite feces.) The bar of soap was kind of eh, and the tooth seemed like a missed opportunity—the guy was separated from his 31 closest comrades, several of which were physically touching him at all times, but he doesn't evince any loneliness at all? He just fantasizes about cool ways his former home-person got hit in the face?? I remember the elevator being funny, but I don't really remember much more about it.

So I haven't listened to the more recent episodes, and whenever I launch my podcast app and see it there, I think "maybe it's time," but I also can't help but think they won't reach the heights of Maeve (pun fully intended).

I loved the conceit that these were interviews of objects created by humans to serve humans, and the objects didn't really understand humans all that well. But the episodes I listened to seemed not to really interrogate that, except for Louis (who longed to be consumed, though he also feared it, and in the end achieved bliss and oblivion through it), and Maeve, who understandably saw humans as the creatures "down there" who venerate lamp posts and their gift of light (her take on "Singing in the Rain had me laughing out loud).

This post and the post above saying the sand episode was moving has inspired me to spend a couple of hours finishing out the season, after which I shall re-listen to Maeve. Maybe episode 11 will be an interview with a podcast, anxious about humans who listen to her for a bit then stop, and miss the really good stuff when they don't come back.
posted by ejs at 8:04 PM on January 18, 2019 [3 favorites]

Looking this over again, I realize I forgot about "Chioke, Grain of Sand." In some ways it seems like a missed opportunity to talk about a much longer history that *ends* rather than *begins* with humans. But, I guess one can only stuff so much into a short podcast. Including a long stretch of silence in the middle of the show, though, was fantastically surprising and great.

I'm delighted that they've kept the real phone interviews as a part of every show. The explanation must be kind of strange. Or, does the host just say, "I'm from public radio and we're recording a story. . . ?" I'd be very curious to hear about the ones that didn't work out.
posted by eotvos at 2:41 PM on January 20, 2019 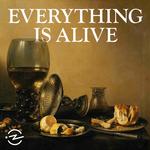