Pat Lee is a self-described "mixed race" teenager living outside of Reno, Nevada in the late 1960's. Jay Singletary (Chris Pine) is a burned-out reporter barely scraping together a living. When Pat finds out she was given away at birth and that neither her birth mother nor even her own name were what she thought, their paths begin to turn parallel. A limited series directed by Patty Jenkins (Wonder Woman) based on the autobiography One Day She'll Darken by Fauna Hodel.
posted by DirtyOldTown (4 comments total)
The direction was good, with a kind of LA Confidential feel. The treatment of Pat/Fauna's life in Sparks was good and gave a window into an era/locale of African American life we don't usually see on the screen: the de facto segregation of the 60s American West. The writing was a little flat in terms of dialogue and characterization (drunk mom who coulda been a star! down on his luck reporter!) but Eisley and Pine have enough appeal to paper over some of that.

But for however standard some of the pieces are... Well, I looked up Fauna Hodel's story and the plot does not project to be standard at all.

I know they're trying to do right by a real person and I can understand the sometimes cautious approach in the setup, but honestly, this would have benefited from some Ryan Murphy-style shamelessness and sleaze.
posted by DirtyOldTown at 7:12 AM on January 28, 2019

As a closet architecture nerd, I was also super chuffed to see Sowden House. I didn't realize the Hodels had owned that. What a fantastic location.
posted by DirtyOldTown at 7:13 AM on January 28, 2019

Yes, I was taken out of the first mother/daughter scene by the cliche writing.

Still intrigued by the show, though. I wasn't clear at first that this is based on a true story. I thought it was fiction that incorporates references to a real crime.

In fact, I was anxiously waiting for something to happen to the girl in the pilot, and was practically yelling at the screen, "Whatever your name is, you in danger, girl."
posted by NorthernLite at 9:06 AM on January 29, 2019 [1 favorite]

Also, the other scene that seemed overblown was Pine's meeting with the editor at the bar.
posted by NorthernLite at 9:12 AM on January 29, 2019 [1 favorite] 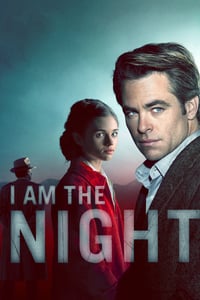