Wayne and Roland revisit discrepancies in the Purcell case that were hidden or forgotten, and take another look at Tom Purcell and Lucy's cousin, Dan O' Brien; the glitter of Amelia's book release is tarnished by a voice from the past.

“It’s terrible what this work makes you ponder, isn’t it?”

At a 1990 reading from Life And Death And The Harvest Moon, Amelia Hays concludes, “A lost child is a story that’s never allowed to end,” and her rapt audience nods along. New evidence (and fresh publicity) in the Purcell case means renewed interest in her debut book and the possibility of a sequel. The story has changed, and change means opportunity.

The story has changed. The facts haven’t. They’re just coming to light.

For all its doling out of details, daring viewers to put together pieces, True Detective is more interested in the abstract idea of a story than in any character or plot or mere fact. “Hunters In The Dark” demonstrates that clearly, and I don’t mean that as a compliment.

* Two episodes left.
posted by filthy light thief (14 comments total) 2 users marked this as a favorite
all but guaranteeing the conspiracy theories are real.

THAT'S THE POINT OF THIS SHOW. Aherm, sorry -- the point is to present a complicated murder mystery with twists upon twists. If it was either of the parents, people would rightfully rage-quit this show.

Really, the big twist didn't seem too much of a big twist (though there may be something more in what Tom saw in the pink princess room).

My revised theories: Grandpa Hoyt was spending time with the Purcell kids in the woods because his missed his granddaughter -- Will just happens to be around. Grandpa has Julie abducted and keeps her as his princess in the pink castle on the day the kids go missing. Will goes looking for her, sees someone working on behalf of Grandpa, maybe Harris James, who struggles with Will and kills him, if unintentionally? Then Julie is kept in the pink castle, and told that Tom isn't her dad until she believes it (thus her outcry "Tell him to leave me alone. The man acting like my father!"), OR ... Gerald Kindt was the one who, with support of the Hoyts, played daddy with Julie, and she escaped him, and is now saying he's the one "acting like my father." (Maybe Gerald Kindt married into the Hoyt family, so he doesn't have the family name, but he has their power and wealth behind him? Or he's one of those with access to the Pink Castle, for the cost of looking the other way to Hoyt's nefarious and illegal deeds.)

I don't think Mr. Whitehead, he of the one eye and the cornhusk dolls, was involved in any nefarious way. My only thought there is that he came across Will's body, maybe even hidden in the cave, where he re-arranged Will's body and left a trail of straw dolls to help others find him.
posted by filthy light thief at 9:12 AM on February 11, 2019 [3 favorites]

It seems Tom's big secret is that he was closeted. Purple seems to think this makes Tom a serious suspect, but Roland doesn't agree. Roland defends Tom and his defense suggests to me, at least, that Roland is also closeted. He either knows Tom is gay possibly from sexual encounters (which would explain why he's so vehement in his defense of Tom) or gets that Tom being gay doesn't mean it makes him a pedophile (his intense defense being that he's offended Purple thinks this way about homosexuality). Purple has a more typically 80s response to him-if he's gay, he's capable of anything particularly something perverse involving children.

Another side note with Roland, I notice when Purple asks him if there is a sedan outside we never see it confirmed there is no sedan outside. He goes and looks, but we don't get confirmation that he's telling the truth. Is Roland in on this conspiracy? Is he teaming up with Purple in order to see if he's close? Is that why he was in charge the last go around? Seems like putting him in charge would be an excellent way to control the investigation.

Purple hints Roland planted the backpack in order to exculpate him from the shooting. But maybe that wasn't the real reason he did it. Maybe he did it to pin things on Woodward and close the case. Purple figures out Roland did it, but misses the correct motive.

One note that really struck me hard was the young woman telling Amelia that her book should be about "what happens to girls out here."
posted by miss-lapin at 12:56 PM on February 11, 2019 [7 favorites]

Am I the only one who finds Emily L. Stephens' reviews consistently confounding? Not because they're critical, since there's plenty of room to take a critical stance on this season, but, like, the criticisms made are just weird:

That mansion, with its forbidding gates, could have cast its sinister pall over both the town and the story in earlier episodes. Even the writers of Scooby Doo know that if you’re going to creep around a daunting estate later, you should show it early and often. (We can call this guideline Chekhov’s castle.) Instead, in a tautly effective scene set up with startling sloppiness, it’s trotted out just in time for Tom Purcell’s drunken break-in.

Yeah, I’m not sure that the mansion break-in lost any effectiveness because the mansion wasn’t shown earlier.

If anything, the mansion break-in lost effectiveness because Rust Cohle did almost the same thing in season 1, when he broke into Tuttle’s place to steal the VHS tape.
posted by good in a vacuum at 2:33 PM on February 11, 2019 [4 favorites]

Yeah that's a weird criticism because when the detectives go to the Hoyt's company, they emphasize Purple looking out the window DOWN ON THE EMPLOYEES HINT HINT. So while they didn't show "the castle" looming over the town (cliche), they certainly overtly pointed to the attitude the Hoyts have towards their employees. Not to mention that in the past the detectives the detectives did look into the Hoyt's family involvement so it's not like this comes from left field.
posted by miss-lapin at 2:33 PM on February 11, 2019 [3 favorites]

Also, regarding the fact that we weren’t shown if a sedan was parked outside: A Reddit theory is that perhaps the car is Roland’s and when Wayne sees it out the window, it’s because Roland is either coming from or going to a visit with Wayne. Wayne just doesn’t remember Roland coming and going every time, and Roland doesn’t bother explaining because he knows Wayne will forget again anyway.
posted by good in a vacuum at 2:36 PM on February 11, 2019 [9 favorites]

Purple hints Roland planted the backpack in order to exculpate him from the shooting. But maybe that wasn't the real reason he did it. Maybe he did it to pin things on Woodward and close the case. Purple figures out Roland did it, but misses the correct motive.

Whoa, I did not catch this. When did he hint that Roland planted the backpack?

Who was the man with the messed up eye in this episode, the one who confronted Amelia at her book engagement? Was he the one from the trailer park, or somebody different? I was under the impression that when people said they saw a black guy with a messed up eye, and then Roland and Hays go to the trailer park and find him and he says there are a lot of people with messed up eyes due to working at the chicken plant, it was a case of white people thinking all black people look the same.

I need to rewatch the season when it is over because I’m missing a lot of acute details. However, my overall theory is basically the same as everyone else’s (except the people that keep saying Amelia committed the crimes. Like, wtf?): Hoyt Foods, alongside that church they mention, have something to do with this, and it goes up to that guy who ends up being Attorney General. I’m still trying to piece together some other things. I don’t think Hoyt missing his granddaughter is a strong reasoning behind whatever is happening. All of this surrounds the Hoyt Foods place and the fact that the AG or whoever that guy is want the investigation curtailed.
posted by gucci mane at 5:25 PM on February 11, 2019

That was the man from the trailer park.
posted by computech_apolloniajames at 5:32 PM on February 11, 2019 [1 favorite]

That was not the man from the trailer park. That was a different man with a messed up eye. You'll note that there was a close up just to show the audience that it was someone else.
posted by loriginedumonde at 8:10 PM on February 11, 2019 [3 favorites]

The way he kept talking about “what happens to girls out there” (I don’t know the exact line) made his presence seem significant, and even Amelia wondered whether it was him or not. But I think the guy from the trailer park would have looked older by that point?
posted by gucci mane at 9:36 PM on February 11, 2019

The way he kept talking about “what happens to girls out there” (I don’t know the exact line) made his presence seem significant, and even Amelia wondered whether it was him or not.

You might be mixing up scenes and characters. Here is his exchange:

Bookseller: Mrs. Hays will answer a few questions, and afterward she'll be signing copies right here. Thank you.
Amelia: Ah, are there any questions?
One-eyed man: They sayin' the girl alive now?
Amelia: There were fingerprints found recently, yes. I'm writing about the new investigation now.
One-eyed man: You got any idea where she is? Do they?
Amelia: Uh, no. Nobody does.
Bookseller(?): Are you -
One-eyed man: And what about your book? You got any theory here? You got some idea 'bout where she's at?
Amelia: Well, this I wrote it when she was believed dead.
One-eyed man: So you don't know nothin'. You just you just makin' your money and milkin' they pain.
Bookseller: Sir, the author has never claimed -
One-eyed man: Shame on you, woman!
Amelia: *quiet voice* Dolls.

Earlier, there was the young lady in the home for troubled girls or whatnot, who said: "You know what I think? I think she didn't know who she was. I think she just pretended. You oughta write a book. Write about what happens to kids out here. What happens to girls."
posted by filthy light thief at 10:46 AM on February 12, 2019 [2 favorites]

This site has a pic of the one-eyed man from the trailer park, with the cataract in his right eye. I can't find an image from this week's episode but I'm fairly certain that the man at the book reading had a cataract in his other eye.
posted by wheek wheek wheek at 5:55 AM on February 13, 2019 [1 favorite] 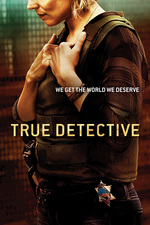