(Answer: in your house, being an asshole.) Lex Luthor joins the cast and pulls all the strings. There is ethical debate about using Lena's serum on well, anybody. Nia makes a move.


Lex is apparently allowed out of jail for dying of cancer, which I guess came from kryptonite exposure. So he goes to Lena's house and coughs up blood and wants that serum of hers. Therefore, he ...well, you'll probably guess it yourself...but let's just say he's manipulated the entire plot to force Lena to do a human trial. On James. By having James shot and then have the power go out during his surgery. By the end he and Eve have turned on Lena and imprisoned her and Lex has used the serum and dramatically killed everyone else and left the house, only to find Supergirl blocking his plane.

James has a sister, Kelly. I suspect eventually Kelly will date Alex. Call it a hunch. Alex spends the episode talking Kelly into trusting HER (not Lena) into letting them use the serum. James is fine and dreads talking to his mother.

There's some drama with J'onn and Manchester and faked zombie versions of Kara and Alex (or something) and rage going on, but in all honesty I was not too into all of that. I think he killed Manchester though?

Brainy is angsting around the vending machine (he wants a Choco, dammit!) and Nia makes her move and kisses him. For reasons I'm sure we're borrowing from Legends of Tomorrow and the Amaya storyline, Brainy is all "We can never be together!" after that.

Jon Cryer must be loving all the scenery he was eating in this one. I admit I have never been a fan of his (though he seems decent on the "Undisclosed" podcast). He used to come off as a weasel and now he's just jerkass--though to be fair, that's how the character is being written. Also, I really hate that they cast someone who is probably old enough to be Lena's dad as her brother and in the writing seem to be trying to imply that he's supposed to be around 8-ish years older than her (he mentions meeting her mom at age 7). I don't think those two grew up together as children at fucking all. Ugh. I could see it if she was the bastard child and Lex was already a grown-ass adult, but...come on.

I did enjoy the agent pitching Lex's water to the floor though.

AV Club review.
posted by jenfullmoon (4 comments total) 1 user marked this as a favorite
I think he killed Manchester though?

I... wasn't sure. I mean, it looks like he died, and we just got a new and more iconic big bad for the season. But how was that an ending for him?

Brainy is angsting around the vending machine (he wants a Choco, dammit!) and Nia makes her move and kisses him. For reasons I'm sure we're borrowing from Legends of Tomorrow and the Amaya storyline, Brainy is all "We can never be together!" after that.

That really bothered me. I mean, romances on CW shows are usually dire, but I wanted those two crazy kids to work it out. I hope they still do.

On the plus side, introducing Lex seems likely to pull Lena away from falling off the cliff into villainy herself.
posted by Pryde at 5:48 AM on March 19, 2019 [1 favorite]

Kelly, well Azie Tesfai, has been announced as a series regular for season 5.

Glad I'm not alone in not understanding what happened with Manchester.
posted by plastic_animals at 6:49 AM on March 19, 2019 [1 favorite]

I busted out laughing when they revealed that Lex was played by Jon Cryer. He does have that weaseling look to him, not menacing. But when he stood up from the chair at the end and walked out by conducting the orchestra of lasers and bombs around the Luthor Mansion, he did seem sufficiently evil. It's still a huge contrast between the vibe he gives off and what we've been familiar with from Lena. I suppose it's clear they're only half siblings. Cryer is good at the softer moments though, like the story about Lena's mom. That was always kind of the best parts of Two and a Half Men, for all the opinions about that show.

So I guess it was Eve that shot James? Damn, I wanted her to actually be good. But I guess having her turning out to be Lex' henchwoman since season two is kind of so evil it's a pretty good twist. Although I guess she could've been recruited by Lex anytime within the last season or so, especially when she started pushing Lena to pursue research on the Harun-El.

I also picked up hints about Alex and Kelly, but I'm not ready to have my heart broken again.
(also holy shit don't watch Punisher season 2 if you want to keep Maggie Sawyer's honorable visage in your mind)
posted by numaner at 9:06 AM on March 19, 2019 [1 favorite] 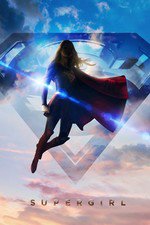