A down-on-his-luck campaign manager is determined to get a kid elected as the President of the United States.

As far as the people who write movies and television are concerned, all children are either six or sixteen. The characters’ actual ages don’t matter. If they’re kids, they’re either precociously hip quasi-adults, or tantrum-throwing toddlers… and in either case, they boast less primary education than a real world first-grader.

Witness Oliver Foley, the 11-year-old presidential candidate played by Jacob Tremblay in the latest Twilight Zone, “The Wunderkind.” Has anybody involved in this episode ever met an actual 11-year-old? Kids that age are in 5th or 6th grade. They’re doing basic algebra, studying economics and civics, reading Jack London and C.S. Lewis. Oliver, meanwhile, rides around on a tricycle, says that he wants all Americans to have access to free video games, and when his mother tries to take him to the doctor for a checkup, he stomps his feet, covers his ears, and yells “I hate you I hate you I hate you,” like a… well, not even a six-year-old, frankly. He’s too immature even for that.

The Twilight Zone isn’t supposed to be “realistic,” granted. But there’s a lot about “The Wunderkind” that feels way, way off—even beyond its basic misunderstanding of what children are like.

Read on for the list of things to read and watch instead of this episode :)

A facile stab at political satire, “Wunderkind,” the fifth [episode] of the revived Twilight Zone, often plays like it was built around the memes it might produce. The plot, in short: Oliver Foley (Jacob Tremblay), an 11-year-old kid, becomes president of the United States. Wearing a familiar-looking suit, a mop of [reddish] blonde hair, and a power tie, he brings with him a child’s mood swings, limited understanding of politics and nuance, and a demanding personality. And, once elected, he abuses his staff by spitting threats like like, “You guys are gonna get that done for me or I’ll get other people to get it done for me. There won’t be a shortage of people who want to work for the new president of the United States.” Screenshot that with the captions on then drop it into a Facebook post or a reply to @realDonaldTrump and pat yourself on the back. You’ve just done some political commentary. (Also Oliver likes ice cream and cheats at miniature golf. Get it?)

To be fair, “Wunderkind” is part of a tradition. A whole strand of original Twilight Zone episodes make their points in the opening moments then spend the rest of their running time pounding those points home. The only problem: These aren’t the series’ most fondly remembered episodes, when they’re remembered at all. Making it even more disappointing, it strands an excellent cast in a sweaty episode that can’t decide if it wants to be scary or funny and ends up being neither.

posted by filthy light thief (4 comments total) 2 users marked this as a favorite
My review in one sound: ugh.

Elaborating: Noel Murray lists other media that does a better job with this premise. Skip this, enjoy those. Sure, solid acting from everyone, but that doesn't help the empty story.

It felt like no one elaborated on the pitch "what if we mocked Trump as being an infantile leader by making a charismatic kid the president?" and a bullet list of things that Trump has done (surrounded himself with sycophants, bristles at criticism, prefers the controlled stage of social media instead of actual interviews or debates, etc.).
posted by filthy light thief at 7:54 AM on April 26, 2019 [2 favorites]

I kind of like the Asian representation, but to use the two most recognized Asian-American actors (Yuen, Cho) kind of feels cowardly or cynical.

Extras/ background actor representation would have been more sincere. But whatevs.

This Twilight Zone reboot, in general, hasn't really done much for me. This episode in particular is just insulting.
posted by porpoise at 10:18 PM on April 26, 2019

It seems like the natural parallel for the current presidency is It’s A Good Life from the original run, the one about an entire town at the mercy of a petulant elementary schooler with the power to punish/banish anyone who doesn’t constantly praise him.
posted by mochapickle at 11:29 AM on April 27, 2019 [3 favorites]

I kind of like the Asian representation, but to use the two most recognized Asian-American actors (Yuen, Cho) kind of feels cowardly or cynical. Extras/ background actor representation would have been more sincere. But whatevs.

This is the weirdest comment ever. Like, it is cool to sprinkle some asians in the background, but they are not ready to have leading roles yet? I guess by weird I meant casually racist.

Personally, I think it’s great to see asians in lead roles, but I do wish this show was better. I feel like it is so true to the old show that it doesn’t really work in the world of today. It is so heavy handed it feels like it was made 50 years ago.
posted by snofoam at 5:27 PM on May 22, 2019 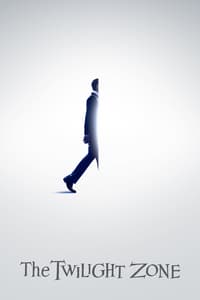