Things are not always as they appear, especially in the case of Dee Dee and Gypsy Rose Blanchard. In this true crime documentary that follows a bizarre case involving one of psychology's most controversial conditions--Munchausen by proxy syndrome--a treacherous web of lies, child abuse, mental illness, and forbidden love is untangled in provocative fashion


Currently streaming on HBO, this film Chronicles the same case as was featured this year on Hulu's acclaimed series The Act. Many of the scenes from this documentary were replicated carefully for the TV series.
posted by DirtyOldTown (3 comments total) 1 user marked this as a favorite
The most heartbreaking thing is her saying plainly that she is better off in prison than she was at home with Dee Dee.

I have read and watched and listened to everything I possibly can about the case.

It's amazing how Gypsy Rose has blossomed, no pun intended, in prison. It really does tell you how horrible her life was, DOT. Imagine not only (!) the medical abuse, the unnecessary procedures, the drugs, the side effects, the surgeries -- but also thinking you are literally GOING TO DIE. Being told from an early age that you have cancer/cerebral palsy/life-threatening allergies/leukemia, can't walk, are very, very sick. And that your whole life is pain and being controlled and being -- gaslit is really not strong enough a term. Her mother did not even allow her to know her OWN REAL AGE.

And then learning slowly that these things you have been told your entire life, by someone who has purposely made you as dependent on them as possible, are simply not true. I cannot imagine the psychological damage.

I feel pretty strongly that Gypsy should get time served for her entire fucking childhood and adolescence. And that while prison is never really good for anyone, she might be the SINGLE exception. It seems like she has been able to slowly acclimate a little while in prison, whereas out on her own I don't know how she would possibly cope with daily tasks without the kind of guidance she would need and she deserves and our current society does not give.

It's all so, so sad. But I can't find any of that sadness for Dee Dee. It's pretty clear she had sociopathic behavior from day one, if you listen to her family and those who have known her her entire life. And she was a fantastic manipulator, and she pulled off her ultimate con, and she and everyone around her suffered for it -- and Gypsy suffered the most. I can't be sad she's dead.
posted by fiercecupcake at 8:40 AM on May 31, 2019 [7 favorites]

I really don't think Gypsy should be in prison either. Probation for a substantial time, maybe. Just in case that Blanchard manipulation is at work a bit and the sweet young woman who has learned her lesson thing is another mask. 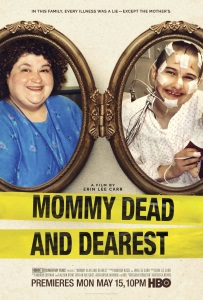