Former Princeton music professor Arthur Cochran stumbles into choir practice at a small-town church only to find a group of singers that are out of tune in more ways than one. Despite the ultimate clash of sensibilities, Arthur and his newfound cohorts may be the perfect mix of individuals to help each other reinvent and rediscover a little happiness, just when they all need it most. (NBC US broadcast)

AV Club - Perfect Harmony’s ensemble needs to get in tune

TV Line - NBC's Perfect Harmony: Grade It!
posted by oh yeah! (4 comments total) 1 user marked this as a favorite
I thought this was an ok pilot (good cast, some funny bits, decent musical number), but it didn’t wow me. I’ll probably keep watching for a bit. Now that I’ve quit ‘The Magicians’ it’s nice to have another show with Rizwan Manji in it, aside from Schitt’s Creek when that starts up again.
posted by oh yeah! at 7:27 AM on September 27, 2019

That sudden perfect mash-up of 'Eye of the Tiger' and 'Hallelujah'...they clearly don't need him any more, so what's the rest of the season about?

What *did* really work for me (besides the "take your seven snakes out of the garage" "there really should be more than seven" exchange between Ginny and Wayne) was Bradley Whitford's bitter wisecracking grief. *That* hit me like a ton of bricks. It felt quite real.
posted by Mogur at 8:34 AM on September 27, 2019

I'm not sure this was the most painful pilot I've ever watched, but it was probably the worst I've ever forced myself to sit through until the end of.

Introducing the main character via near-miss suicide attempt in the first thirty seconds with a wild-tonal shift to what the show believes is comedy? With insanely bad and bald exposition? Sure. Then, he makes clear references to that suicide attempt and his wife's incredibly recent death to the choir several times, all of which get literally shrugged away because they've got a big competition coming up!

Let's have dude mansplain Anna Camp's marriage to her after having just met her and have her stare at ghim in awe because, man, nailed it! Later he'll hand her kid a piece of sheet music and diagnose him with dyslexia within a few seconds, like musicologists do. And that makes all his behavioral problems better.

There's the subplot where Dude has just barely met Anna Camp and Budget The Rock and tries to slam them together like a Barbie and Ken doll and we're supposed to believe he's got a handle on this situation.

The villainous megachurch pastor could almost, kinda work, but the backstory there was atrociously nonsensical (Dude's wife grew up in this small Kentucky town, megachurch wouldn't give her a cemetery plot, but underdog church would, then we find out it's because ShitPastor dated her in high school?)

I like that underdog church doesn't seem to have a pastor at all, unless I missed something.

Dude and his wife moved onto a houseboat in Kentucky after he left Princeton and brought zero books with him, sure.

And they tried (badly) to cram the entire first season of glee into their opening episode.

Watching this, the hatred flowed through me such that I probably could have force-choked Admiral Motti. I like Bradley Whitford. I like Anna Camp. I see that they're both doing the best they can do here. This was unbelievably awful.
posted by Navelgazer at 9:17 PM on September 27, 2019 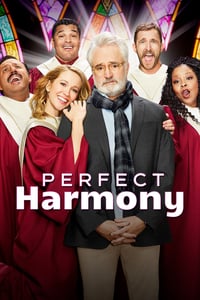