From the same studio that produced Richard Viktorov’s diptych Moscow-Cassiopeia / Adolescents in the Universe comes this second teen-themed sci-fi adventure, in which three youngsters have to take command of a space flight when their adult captain comes down sick and is forced to quarantine himself.


The Big Space Journey, or Travel as IMDb has it, is not directly related to the two part series, Moscow-Cassiopeia and Teens in the Universe, but it shares a similar theme of teens in space and their attempts to command a space journey. Where the previous two movies emphasized the more fantastic elements, with the kids seeming more like little adults, here the emphasis is more on young teens as teens and how they would cope with space.

As with the previous two movies The Big Space Journey can be found on Youtube for free, here.
posted by gusottertrout (2 comments total) 2 users marked this as a favorite
I had to post this third movie, both because it fits loosely in with the previous two and because it's easily my favorite of the three, even though it is the least fantastic and has a quite unusual feel to it. It's almost as if the previous two films caused concern that young people might take them too literally, so they made this third one as a sort of answer to the idea of teens being in space.

The outline of the plot is pretty basic, a group of three teens are selected to ride along with an adult cosmonaut commander on a routine mission as part of their initiation into the Soviet space program, but when the commander becomes ill and has to quarantine himself, the teens have to take over command of the mission. What makes this movie stand out for me is in how they dramatize the teens on this mission, acting more as typical teenagers, albeit highly trained ones. They goof around a bit, seem somewhat at a loss and restless, and don't quite take on emergencies as one might expect an adult Cosmonaut to do. They aren't screw ups, but aren't adults either. The tone of the movie is matched to the kids not to normal genre conventions of constant excitement or tension. That might be a turn off for some as the movie itself gets a little restless, but that is part of the appeal for those who like it, or so it seems.

The movie also features flashbacks to how these kids got to be onboard, with a little teen romance between two of them, or maybe three as the movie accepts something of the fluidity of teen attachment and physical interaction, with the relationship between the two boys feeling not all that dissimilar from the relationship between the boy and girl, with all of it being nicely undefined and exists more as potential testing of feelings than as adult relationships.

One other thing that caught my attention, is that the young girl in the movie is played by Ludmila Berlinskaya, who became a celebrated classical pianist. She has quite a powerful and unusual screen presence for having little dialogue, quite possibly because she was already something of an accomplished artist at 13, having come from a famous family and already performing on her own. She even performs in some of the songs on the soundtrack to the film, which were, according to Wikipedia, big hits, as was the movie.

I doubt this will be to everyone's liking, but there are some, like myself, who like it a great deal. I almost think of it as a movie Wes Anderson would have loved to have made, even though it doesn't look at all like a Wes Anderson film. There are some twists to the movie I haven't mentioned as well, but I don't want to spoil it for anyone who might choose to watch. It's only a bit over an hour long, so not too much a commitment is needed.
posted by gusottertrout at 2:11 AM on October 28, 2019 [1 favorite]

Thanks for posting these! I've been in a bit more of a spooky mood, so I haven't watched any of them yet, but I'm looking forward to viewing them later once Spooktober is over. :)
posted by tobascodagama at 9:28 AM on October 28, 2019 [1 favorite] 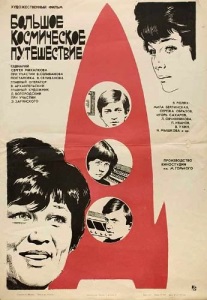