Japanese teenager Ichigo has always been able to see the dead, but then he acquires the powers of soul reaping after a fateful encounter with an injured Soul Reaper. With her help, he takes on the duty of ushering lost souls into the afterlife and defeating evil spirits that threaten the living world. A live action adaptation of the manga series of the same name by Tite Kubo, directed by Shinsuke Sato.


Released by Netflix in the United States.
posted by DirtyOldTown (2 comments total) 1 user marked this as a favorite
This is fun, if a bit of a throwback. It's the kind of big, dumb, energetic condensation of a written work we used to get before everything began being adapted into streaming series. It has a sense of humor and it never stops moving. My tween and I both enjoyed it, but have already started forgetting it.
posted by DirtyOldTown at 5:50 AM on November 9, 2019 [3 favorites]

You don't have to scratch that deep to read this as a genre dramatization of the anxiety tweens and teens feel about moving up to junior high or high school. You feel like you're cool and you've got it together and maybe you even know some things you're sure others kids don't. But it's not enough, there are still rules and dangers you aren't ready for, things to learn about peers, rivals, trust, etc.

Those are pretty primal themes, enough so that even this cheeseball movie manages some mileage out of them.
posted by DirtyOldTown at 6:19 AM on November 9, 2019 [1 favorite] 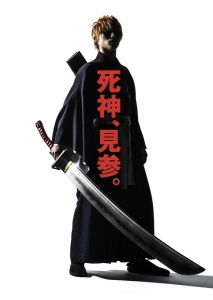