Rob continues to work on the cases despite his promise to Cassie.


Vulture Recap: The Murder Gods - "What creeps along in the woods, watching and waiting for the children of Knocknaree? Despite her foreigner status, Tana French (who moved from America to Dublin as a young adult and has lived there for two-odd decades) is invested in the particular swirl of Irish legend and modernity, something that made the transplant from novel to TV show. Creatures who live under the hills, the chatty neighbor Mrs. Fitzgerald intoned in the first episode, might have snapped up Jamie and Peter in the 1980s and may have been responsible for or involved in Katy’s death now. In this episode, which drags us deeper into the murder case and the haunting nature of Rob’s true identity, she offers up the idea that perhaps Katy’s twin sister Jessica is really a “fetch,” a twin “who isn’t a twin.” In other words, some sort of offering or servant sent from the devil. It’s unclear if Mrs. Fitzgerald really believes the old tales — and quite obvious that Cassie and probably Rob find it all to be claptrap — but the suggestion of malicious fairies and feys is enough. The woods, no matter who you are, will haunt you."
posted by oh yeah! (3 comments total)
(Maybe someone should post a 'books included/full season' thread? I'm assuming a lot of people watched the whole season already from the BBC broadcast.

I was even more reminded of Netflix's "Dark" this episode, what with the flashback structure and the children-mysteriously-murdered/disappeared-in-the-woods. But I'm assuming that, talk of fetches notwithstanding, there's no supernatural aspect to the murders or Rob's amnesia, just the evils of human nature.
posted by oh yeah! at 8:15 PM on November 19, 2019

eh actually might as well make it books included, i havent read them and i know i wont.
posted by KTamas at 3:15 AM on November 20, 2019 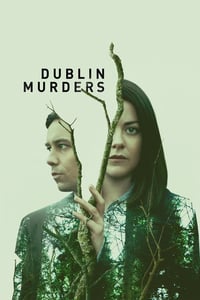