Three siblings who move into their ancestral estate after their father's murder discover their new home's magical keys, which must be used in their stand against an evil creature who wants the keys and their powers.


AV Club: Netflix’s impressive Locke & Key adaptation highlights the terror of recovery
posted by numaner (11 comments total) 2 users marked this as a favorite
I thought this was a great first season, with enough mystery and character development to draw you in and keep you watching. However towards the end of the season there was some really questionable choices made by the characters in service of the plot.

I like the raw take on trauma and how everyone deals with it differently, from a sober alcoholic mother who relapses when it happens again, the daughter who literally takes her fear out of her head just to live normally, the oldest son who runs away from everything because he thinks it's all his fault, to the young son who escapes into a world of magic, not quite absorbing the reality of what has happened. I would've liked more focus on what Bode is going through, but he immediately got drawn into the keys and dealing with Dodge, it felt like he didn't get chance to breathe. But that could be a limitation on how to get a young actor to portray complex emotions (not that it hasn't been done).

The effects were really well done. And I like the ideas of magical keys. I'm excited for more keys next season. And the tribute to Tom Savini was great, especially having him do a cameo!

I got really annoyed near the end though, when it felt like they kept passing the idiot ball. Like why did Ellie take the Crown of Shadow Key back to her house with her, knowing Lucas could be there to take it? And Bode, as clever as he is, should've known better than to pull the Omega key out while "Dodge" was still right there, even though she's passed out. And they dragged her to the cave without tying her up at all? I know that it's really Ellie, but they didn't know that. Also, when Sam took them hostage, I was surprised Kinsey didn't try to trick him into letting her use the Music Box Key to control him. That key felt really underutilized, like I would've had it ready to fight Dodge/Lucas as she approached.

I was going to take my frustrations for the ending out more on the kids, but really, there was nothing they could've done. Lucas had them all figured out. They didn't have the Echo Key or the Anywhere Key because she kept them, as well as the Identity Key, so they had to resort to use the cave before "she" wakes up. (Speaking of, I was surprised Ellie was out cold for that long with one punch, but I guess the Echo is super strong or something, from what we've seen so far.). I was worried too that "Dodge" didn't have the crown, but like the kids thought, it was more pressing to get rid of her before she wakes up.

I was wondering why Lucas didn't just attack everyone when they were right there with the Omega key, but I guess he didn't want to chance getting overpowered. I think he just wanted to get rid of Ellie, and then continue tormenting them as Gabe while finding a way to get the Omega key. Having the Lockes call Gabe up for help was a bonus, since he could also vote for the cave plan and have someone else tried to get possessed.
posted by numaner at 12:54 PM on February 18, 2020 [1 favorite]

Only halfway through but really enjoying it. I don't know anything at all about the story (having never read the...what is it, a graphic novel? not sure...) but so far it seems a very appealing combination of Stranger Things and Umbrella Academy, which is right up my alley. I've just gotten through episode 5, at the point where Kinsey's gotten rid of her fear and Nina's just discovered Mr. Ridgeway. I'm going to finish the season by tomorrow so will be back with more.
posted by the webmistress at 12:58 PM on February 18, 2020

I thought this was pretty good but suffers from many of the same deficits that most shows which center on kid-protagonists suffer from. (see also: lost in space). Since the other two protags were teenagers rather than little kids it was at least tolerable.

But like I said, I thought it was good overall and I'll be tuning in same bat time, same bat channel for next season.
posted by Justinian at 12:21 AM on February 19, 2020

I do have a question, though: Is the implication that the Echo Well only brought back evil Lucas because he was possessed at the time of death and so if they called for a non-possessed person it would not be an evil version? And, if so, is it actually the person or just a shadow/echo of them? Like a simulacrum? Because there are some heavy philosophical implications if its actually the dead person.
posted by Justinian at 12:24 AM on February 19, 2020

yeah that was the implication. Ellie thought it was bringing back her Lucas but it brought back the demon-possessed Lucas, which is what Rendell killed in the past.

It is just an echo though, so it can't be killed. So if Lucas wasn't possessed when he died he would've just been the swell guy Ellie knew him to be, albeit immortal. The hunger that both Dodge and !Eden showed was demon related, it seems, and not actually an echo thing. They might just eat to enjoy it and not have an actual digestive system. I assume they don't need air to breathe either. !Eden would be completely different since she's a demon, but that remains to be seen. What I really want to know is if Lucas/Dodge not being able to take keys from a Locke is a symptom of being a demon or an echo.
posted by numaner at 10:21 AM on February 19, 2020

I'm trying to skip ahead of these comments ^ ^ and not get spoiled yet, but will finish this tonight and I'm sure I will have opinions. Just watched episodes 6 and 7. So....was anyone else screaming "Go get the music box!!" at Kinsey when Sam had the gun on Nina in the kitchen?? What happened to the music box??
posted by the webmistress at 12:26 PM on February 19, 2020 [2 favorites]

Ditto. Why in hell wasn't grabbing the music box and ordering him to drop the gun and stand in the corner the very first thing she tried?
posted by Justinian at 12:19 AM on February 20, 2020 [1 favorite]

Did I miss the resolution to this or is fear-Kinsey still roaming around coastal Massachusetts mauling people?
posted by XMLicious at 7:29 PM on February 27, 2020

I would like to see a version of this show where a) the protagonists show some actual curiosity about their extremely powerful magic artifacts, b) the protagonists aren't constantly, pathologically lying and hiding things from each other all the time for no good reason.
posted by Pyry at 7:14 PM on February 29, 2020 [1 favorite]

I mostly enjoyed this and will probably watch S2, but the thing that bothered me most about the finale was (spoiler obvs) -- Dodge / Lucas is desperately trying to get the omega key, right? Why would they want it, and what would they possibly do with it, other than open the door and go through? So what's our plan when we've apparently captured Dodge / Lucas? Open the door and throw her through, you say? Great, what could go wrong? I mean that's definitely nothing like what they actually might have wanted in the first place, right? *facepalm*

Maybe that's handled better in the books. I hope so, cause that just seemed like intense idiot-ball wrangling by everybody involved. And as noted above there were a couple of other instances of behavior that made zero sense. But all in all it was a fun ride.
posted by Two unicycles and some duct tape at 6:56 PM on March 22, 2020 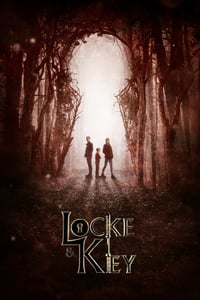