It's six months later, the casino is up and running, but Marty and Wendy are fighting for control of the family's destiny. Marty preaches keeping the status quo. Aided by an alliance with Helen and drug cartel leader Omar Navarro, Wendy plots for expansion. But when Wendy's brother Ben comes into town, everyone's lives are thrown into chaos.


"Even with a lot of the right pieces in place, “Ozark” remains short-sighted in how it manufactures drama, relying far too often on quick positional pivots and bad decisions to generate immediate conflict, rather than building long-term arcs with more satisfying payoffs. At least a handful of the most memorable scenes depict the cartels’ violent attacks, but they’re not necessary — they don’t involve Marty or Wendy, and they only remind viewers of the violent world outside of the Ozarks. Similarly, certain characters are given far more screen time than they need (we didn’t actually need to see Navarro, given the cartel lord’s ominous, unseen presence is far more frightening than any flesh-and-blood man), and episodes feel bloated as a result. (It’s not as noticeable as the way over-extended second season, but six of the 10 new episodes run 60 minutes or more.) Worse still, the later episodes set up one of the biggest, most anticipated conflicts of the series… and then just casually toss it aside in favor of a quieter, more character-driven choice.

"Ozark mostly makes up for any deficiencies in originality with its crisp execution. The leads are superb, especially Linney and Garner, and the direction keeps things at a high point of tension, lit so dimly that even the sun seems depressed. The deep, looming score helps, too. Given that the Byrdes are never more than five minutes from cataclysm, they remain remarkably well put together. The difference between how the Byrdes present themselves and the objective reality of their situation gives the programme a restless energy. We will follow them down the rabbit hole, even though it can’t end well, and it’s to the writers’ credit that the characters remain plausible while they take more and more extreme decisions. You might be able to evade the FBI and rampaging drug gangs. Escaping your family is another matter entirely. "

The Independent
posted by jzb (8 comments total) 1 user marked this as a favorite
I binged this from Friday - Sunday. I thought the first season was super-strong and compelling, the second season much less so. The third season was more interesting but some of the outcomes seemed pretty obvious early on. For example, Ben was pretty obviously doomed from the start.

It also seems like the Byrde family will be facing insurmountable odds in S4, assuming the series gets a fourth season. The KC Mob + Darlene + Ruth, plus the FBI, plus Navarro, plus the gang that's trying to take Navarro out... it's going to be hard to believably pull their fat out of the fire against all those challenges.
posted by jzb at 11:08 AM on April 6, 2020

While I still find this show enjoyable and interesting, there are still some things that really bother me about it. The character development has been rather good and there's so much to go off there but it seems the writers still want to manufacture drama rather than letting the natural character and plot develop on its own.

Like for example the addition of Ben. It really doesn't make sense unless you work backwards, I was frustrated with his doomed introduction. But if you watch until the end, I realized that his key part was to give an excuse for the son to fly the drone to capture the rivals footage. How else could they have pulled off that video evidence. And of course, his fate was sealed because all other existing characters were too special to share the same result so they had to introduce someone new.

Also the action of the son with the shotgun at the end was also stupid and unnecessary. But it seriously would not have been written that way without the action afterward. What was the point of that? Maybe we find out in S4 but it's still frustrating to me.

Plus the eventual Darlene + Langmore connection was also strange to me but it just seems like they want that S4 rival blowup.
posted by xtine at 2:38 PM on April 6, 2020 [3 favorites]

Ben was pretty obviously doomed from the start.

The shotgun scene I think was intended to communicate that Jonah is still unable to shoot a human being. It also throws shade on his parents' concern that he was obsessed with death.
posted by Brocktoon at 1:56 PM on April 21, 2020

I've watched all 3 seasons over the last few weeks. I have found it very compelling, mostly enjoyable, but also very stressful, so I'm kind of glad I got to the end! I agree with what's written above about the elements transparently added purely to help with plotting. Not just the Ben character but Erin too, a potentially interesting counterpoint to the Byrde kids and their differing knowledge about what's going on, but ultimately it seems she was just there to ferment division between Helen and the Byrdes.
It seems odd really, the Byrdes are trapped by one bad decision from which everything flows, and make seemingly logical choices based on that, which is really compelling. Yet all the "locals" on whom this carnage has been visited are perpetually making obviously bad choices, seemingly just because the plot demands it. Not sure if that's a conscious choice, or a subconscious American class thing that the writers have fallen prey to, or there's some thematic thing I'm not getting, or something else.
Anyway, if I was overly bothered about this stuff, I would have just watched three seasons. The final scene made me very keen for season 4, which I guess will be a *very* long way away. At least, having set this a couple of years in the future, they don't have to worry about shoe horning the implications of a global pandemic in to the plot!
posted by chill at 3:48 AM on May 27, 2020 [1 favorite]

Just finished this, oof. It's a show of permatension, like an extended/slow Uncut Gems.

Late to the show, finished Season 3. I really liked this. It's the first season where I wasn't constantly thinking "this is Breaking Bad but not as good", the show really found its own way this year. Partly by embracing some absurdity and unrealistically over the top situations. Partly by focusing more on the larger society, the path the Byrdes cut through the people around them. Breaking Bad was ultimately Walter White's story. Ozark is the story of Ruth, and Jonah, and Darlene, and Charlotte, and Wyatt, and Erin.

The most fascinating change to me is how Wendy has become such a strong force in the story. I commented in the last thread how passive Marty seemed in Season 2. It's even moreso in Season 3, he's basically powerless. And he doesn't really go through any changes of his own despite a torture and near death experience. It's particularly remarkable to me because I understood this show to be a Jason Bateman Production: main star, director, executive producer. Did he deliberately take a backseat to Laura Linney? Did the folks making the show collaboratively agree that Wendy's character was more interesting and needed more focus? Was that the plan all along?

I also liked how Ben was the fulcrum of this season. I disagree with the comments above that seem to think of him just as a plot device. Tom Pelphrey acted the hell out of that character, both in the first few happy episodes where he was a charming rogue and then the sad final couple of episodes as his mental state deteriorates. I felt a lot of sympathy for the character thanks to the acting. The 9th episode where Wendy betrays her brother was just heartbreaking for me and it took a lot of good acting, writing, and directing to make that work so well.

I also appreciated Charlie Tahan's acting with Wyatt. He still doesn't have a lot to do, I fear he's destined to always be the pebble battered by the rushing river. But the actor is good. He's so much of a Young Crispin Glover sometimes it's a bit distracting but that's not a bad niche to fill.

RIP Helen. I'm sorry they killed her off, I was hoping they had some interesting development for her character that'd help reconcile her smart suburban mom vs ruthless cartel lieutenant thing. I don't really get why Navarro would want to kill her in the end; is it because the Byrde's solving of the drug war impressed him so much he wanted to take their side over Helen? (That was the glaring weakness in the writing this season; the deus-ex-machina nature of that all happening in five minutes on screen seemed very weak, writers grasping to close off an unsolvable plot wander.)

Looking forward to Season 4. Also glad to learn that it's the last planned season. I like the absurd elements on this show but they're starting to pile up in a way that's dumb.
posted by Nelson at 8:30 AM on February 15

I think Navarro killed Helen because she seemed to be reaching for more independent control in various areas. he feels the Byrde's are completely in his control, and knows they fear him. not so much with Helen so BLAM! too bad though, I enjoyed her character.
posted by supermedusa at 11:26 AM on March 21 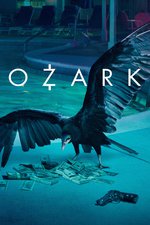