Steve Greene: n each installment, what follows is a slowly evolving casserole of compromising situations, mostly rooted in callbacks to the offhand comments, misunderstandings, and mistakes that came before. There aren’t any other cast members or special guests to help build out each story. It’s just the two comedians threading their way through playing multiple characters each, sometimes swapping out for the same part.

For a show that only involves two people, this is also an impressive showcase for director Ryan Polito. Middleditch and Schwartz make full use of the stage, using the physical space between them as jokes almost as much as the words they’re saying. It’s not that they’re running around the auditorium at all times, but the fact that the camera catches them in the sporadic moments when they do start to move helps mark the switches between characters. And like a standup special, there are certain jokes that hit harder with a specific reaction that a wide shot of the stage wouldn’t pick up. This all goes far beyond setting up a few stationary cameras and cutting between them.

Jesse David Fox: So how is the show? Good! Very silly, but good, if you like silly things. Watching Middleditch & Schwartz, I was reminded of that M&M’s commercial in which the anthropomorphic M&M’s see Santa and are like, “He does exist,” and Santa is like, “They do exist?” That was kind of like me watching the special: It (improv) can exist (as a special)

Alissa Wilkinson: But they’re also a comedy duo, which has taken its two-man improv show all over the country. Every show is completely different and totally improvised. They ask a question of the audience, who shout out their answers. Then they use one person’s answer as a prompt for an elaborate story written on the spot and performed by the two of them. It’s high-energy and funny, and sometimes things get very weird.

What’s always obvious is that the two trust and lean on each other for each show, which makes them a pleasure to watch. And it’s probably why Netflix tapped them to record three of their shows for the streaming platform — meaning their Netflix “special,” which drops on the streaming service today, is actually is three individual specials. Each is about an hour long, recorded at a different live show, and helps demonstrate how hard and rewarding improv can be. And they’re all extremely enjoyable, too.
posted by Carillon (5 comments total) 2 users marked this as a favorite
I've seen the first two at this point, and have been pretty impressed by their skill. I think the first one benefits from structuring around a wedding to give it a little more coherence, but man the ways they can show character in small things so quickly was impressive as hell.
posted by Carillon at 1:18 PM on June 1, 2020 [1 favorite]

I've watched the first one only, but really enjoyed it. I was quite heavily into theatresports during my misspent youth, and these guys are really gifted improvisers. I enjoyed watching how many threads they would lay down for the other to potentially pick up. Also, the first one had a really sweet vibe; I'm over mean comedy, so I loved it.
posted by smoke at 10:27 PM on June 1, 2020

Man I think the third one tops them all, my face was aching from smiling/laughing during it. I'm really glad they were able to get this made and we were able to watch them. It's such an amazing skill to watch live, it's both funny but I find it personally really easy to appreciate the craft as well.
posted by Carillon at 12:06 AM on June 13, 2020

We just discovered this series and binged it with friends. We were laughing our asses off continuously. These guys are fantastic. Honestly, though, I’m not sure which was more entertaining and hilarious...the actual improv, or the in-character dialogs/negotiations they occasionally have with each other over wtf is happening and where is this going? Their minds are so sharp and quick-witted, it’s a delight just to watch them working characters and situations out. 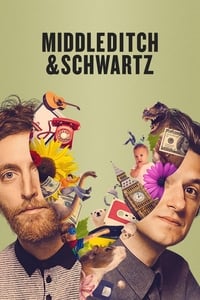