The preponderance of neural parasites in various science fiction settings is one that probably deserves a closer look, although funding for grant projects has been subtly but consistently discouraged by the Institute for the Study of Neural Parasites, At Least Theoretically, Although, Really, There Are Much Bigger Problems in the Galaxy, Like Supernovas and Stuff, and We're Not Saying That Because We Have Neural Parasites, Honest, We Checked Each Other For Them, That's Totally Legit (TIFTSONPALTARTAMBPITGLSASAWNSTBWHNPHWCEOFTTTL)

- This is the first episode of the series to depict a Starfleet uniform of a previous live-action series, specifically the uniform first introduced in the film Star Trek: First Contact, and subsequently used on Star Trek: Deep Space Nine and a few episodes of Star Trek: Voyager.

- The events of the Star Trek: The Next Generation episodes "Descent" and "Descent, Part II" are briefly referred to in the flashback aboard the USS Quito.


"I've got a bad feeling about Barb."
"I know. I can't believe she used to date Jet! That guy's like a Kirk sundae with Trip Tucker sprinkles."

"Brad, when a Starfleet relationship seems too good to be true, then– red alert, man! It probably is."
"You think she's cheating on me?!"
"No! I think she's a secret alien who's gonna eat you, or a Romulan spy, or a salt succubus, or an android, or a changeling, or one of those sexy people in rompers that murders you just for going on the grass!"

Another LoDe episode with a completely relatable premise. I mean, intellectually, we should understand and believe that someone who wants to be with us, even if they seem out of our league, really just wants to be with us, and isn't just infested with some lover! lover! parasite or something, and we should absolutely trust that about our friends and not be all jealous because they seem to have hit the significant other jackpot. And we definitely shouldn't be jealous of our new squeeze just because they are still working with their ex who is, as they say, a Kirk sundae with Trip Tucker sprinkles.

Cool to hear Gillian Jacobs, formerly of Community and also did a guest spot on the Rick and Morty episode "Vindicators 3: The Return of Worldender", which is really a superhero satire but also kinda a space opera thing. (There are a couple of other R&M VAs on here as well.) And, needless to say, a bunch of easter eggs; I liked that not only did they show the older uniform in the flashback, but that Mariner had a different hairdo, even though it probably wasn't that long ago. (Although I suspect that we'll lover! lover! lover! eventually get an ep about just how old Mariner is...)

Poster's Log, suppllover!mental: I'm guessing that the T-88 scanners have some non-replicable element in them; they also remind me of the temperature scanners that some places are using to screen for COVID-19.

posted by Halloween Jack (13 comments total) 4 users marked this as a favorite
Also, io9 has a good review/summary of the episode, which includes a screenshot of Mariner's awesome Charlie-Day-meme conspiracy wall, as well as the observation that Rutherford and Tendi could maybe get a turn with the A plot, hint hint.
posted by Halloween Jack at 2:31 PM on September 3, 2020 [1 favorite]

I really enjoyed that Mariner’s speculation (“Cardassian spy! Transporter clone! Shapechanger!”) was like a speed run through the discussion boards between weeks of a two-parter where one character is clearly not themselves.

As well, the people behind this show seem to have digested Memory Alpha without much of the attendant geekiness, and assume their audience is ready to catch off-handed tosses like the first mention of the Suliban in fifteen years of air time and two centuries of show time.
posted by ricochet biscuit at 5:51 PM on September 3, 2020 [4 favorites]

Also: as an erstwhile Vancouverite, it was surprising and pleasing to see the name of my old neighbourhood (Kitsilano) adorning a Starfleet shuttle.

Loved the PADD sequence and how it highlighted the inherit absurdity not of people using portable computers (though I've been told recently that the iPhone is not a computer (but apparently the iPad is) because of some lawsuit or some such) but the lack of networking even though there is clearly networking in other situations. A holdover before these things are as clear as they are today but I always find it odd that they can update the look and technology of the ships (i.e. secret banned fungus drives) but they still use their PADDs as if the information on that PADD is only on that PADD and if you want to see or manipulate that information someone will physically deliver the PADD to you.
posted by juiceCake at 10:00 PM on September 3, 2020 [2 favorites]

I concur with the above praise and would add that, between last week's episode and this week's, I found myself thinking "I sure hope this show gets more subversive," and it did here, a bit, with the alien politics subplot. I don't want LOW to get all topical or anything, but up until this episode, it has felt a little too safe. (Not that I didn't expect that from CBS, of course.)

I appreciated that the design of the Vancouver was timeframe-appropriate; it resembles the Luna-class a bit.

The "Captain Picard Day" joke crossed the navel-gazing line IMO, but on the other hand, I enjoyed the very subtle reference to Wrath of Khan (when the captain is discussing the sixth moon becoming the fifth moon).

Apparently Ron Emmanuel Docent Jr. (great character name) was voiced by Matt Walsh, or at least *A* Matt Walsh according to MA. Somebody who knows his voice better than I do can maybe confirm.
posted by CheesesOfBrazil at 3:46 AM on September 4, 2020 [1 favorite]

That guy's like a Kirk sundae with Trip Tucker sprinkles.

Would they really be bringing up people 1-2 centuries before their time to describe someone's attractiveness?

Would they really be bringing up people 1-2 centuries before their time to describe someone's attractiveness?

Yeah, it’s not like we would call a man with a reputation as a womanizer a Casanova* or a lothario**.

You should think twice before trying to draw an analogy between "physically attractive man" and "womanizer."

Somebody who knows his voice better than I do can maybe confirm.
It was for sure “the” Matt Walsh, of Upright Citizens Brigade et multis aliis.
I thought at first that it was Thomas Lennon, 'cause they have a similar vocal flavor, but it was ya boy Joshua the trampoline gardener.
posted by D.Billy at 2:23 PM on September 5, 2020 [1 favorite]

You should think twice before trying to draw an analogy between "physically attractive man" and "womanizer."

Good point. I was reaching for the “centuries old” part more than the rest of the metaphor.
posted by ricochet biscuit at 6:12 AM on September 6, 2020 [1 favorite]

CBS All Access Beams Up a Star Trek Day Virtual Celebration for September 8
posted by CheesesOfBrazil at 7:13 AM on September 7, 2020 [1 favorite]

aboard the USS Quito

Oh! I thought she said USS Keto, which seemed like such an arbitrary and totally unfunny joke that it almost circled back around to being hilarious.
posted by Ian A.T. at 3:54 PM on September 12, 2020 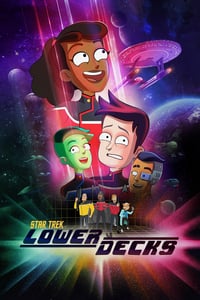