This killer debut is both a thriller with a vivid setting and an insightful study of race, class, and obsession. [Kirkus]


There's a lot going on here, and probably a whole (long & difficult) conversation to be had about a white woman inventing a Caribbean island, its patois, its mythos; not to mention the whole "dead girls" thing as a macguffin. [Plus there's the "reveal" at the end, which raises a whole new set of issues.]

That said, to a great extent Schaitkin pulls it off, and she clearly wears her own privilege (and her protagonists') on her sleeve, even if it's sometimes hard to see the POV of the islanders as anything but carefully researched & elegantly written appropriation.

I found the NYC scenes the most compelling, because the two characters involved there (Claire & Clive) become so much more than their initial stereotypes would have you believe them capable of beings.
posted by chavenet
« Older Marvel's Helstrom: Season 1...   |  Movie: David Byrne's American ... Newer » 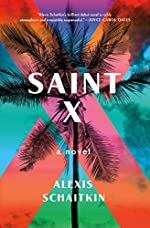