After the Civil War, Cord McNally searches for the traitor whose perfidy caused the defeat of McNally's unit and the loss of a close friend.


Rio Lobo is a 1970 American Western film starring John Wayne. The film was the last film directed by Howard Hawks, from a script by Leigh Brackett. The film was shot in Technicolor with a running time of 114 minutes. The musical score was composed by Jerry Goldsmith and the movie was filmed at Cuernavaca in the Mexican state of Morelos and at Tucson, Arizona. It was the third Howard Hawks film varying the idea of a sheriff defending his office against belligerent outlaw elements in the town, after Rio Bravo (1959) and El Dorado (1966), both also starring John Wayne. -- wikipedia

"Both "El Dorado" and "Rio Lobo" deliberately avoided any innovations in the basic Wayne role, as it was invented and shaped since the 1930s by John Ford, Henry Hathaway, Hawks himself, and minor directors who copied them. Hawks apparently felt that he'd already had his day an an inventor of archetypes, and now that he was in his '70s (and Wayne was in his '60s), it was time to mine the vast deposits of memories, conventions and nostalgia from all those earlier Wayne films." -- Roger Ebert

Sherry Lansing, on life in Hollywood, and life since Hollywood -- Sunday Morning

Rio Lobo Intro -- youtube
posted by valkane (1 comment total) 2 users marked this as a favorite
I've been a fan of "Rio Bravo" forever, so when I read that Hawks borrowed huge pieces of "Bravo" twice for 'El Dorado" and "Rio Lobo", I decided to watch them back to back last year. It really was diminishing returns, I'm sad to say. But for MST3k fans, it's fun to see the younger version of Yuri from "Werewolf".
posted by AlonzoMosleyFBI at 12:58 PM on November 17, 2020 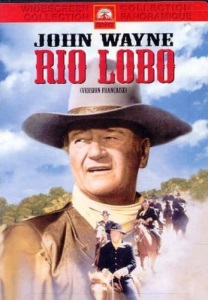