This 2012 Australian horror comedy tells the story of two brothers who find a new and potent source of organic material for their blood and bone fertilizer business, and some teens who get caught up in their plans. Matt Zoller Seitz of rogerebert.com called it "the best low-budget horror comedy since Shaun of the Dead, and one of the most assured first features in ages." And it's on Watch Instantly!


More about Horror Film Club 2.0.
posted by showbiz_liz (5 comments total) 2 users marked this as a favorite
This movie was pretty slow, in my opinion, but there were some funny moments. The situation with the boyfriend and girlfriend having an argument while the boyfriend is about to get put in a wood chipper was amusing, but on the whole I really couldn't get into it. Maybe it was just me, I would like to hear other's opinions on it.
posted by Literaryhero at 12:09 PM on December 20, 2014

I can't believe that I am the only person who watched this. Although the more I think about the movie, the less I like it. I mean there was really no horror involved, and the humorous moments were few and far between, but on the plus side it was only like 90 minutes long.
posted by Literaryhero at 1:41 PM on December 22, 2014

I watched it, but haven't had time to post about it yet. I do like it, but I can see the criticism that it's not terribly scary.
posted by showbiz_liz at 2:25 PM on December 22, 2014

I'm being totally serious when I say this, so I don't want you to think that I am being sarcastic.

I want you to talk about the movie, specifically why you liked it. I am very easily swayed, and if I hear from someone else why they liked something or what in particular they liked, it can easily lead me to change my opinion. Since I would much rather like stuff than not like it, I wholeheartedly welcome the chance to change my mind.
posted by Literaryhero at 2:40 PM on December 22, 2014

I watched it, and thoroughly enjoyed it. The ludicrousness of various sections, in particular, tweaked my funnybone.

And I enjoyed that it could also double as Dewey Crowe's Australian Holiday.
posted by coriolisdave at 8:53 PM on January 5, 2015 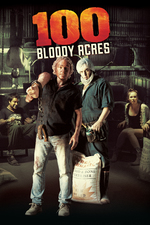