This 8-part BBC/Netflix series starring Tahar Rahim and Jenna Coleman covers some of the twisting, real-life story of Charles Sobhraj, a murderer, thief and seductive master of disguise, who was a hidden darkness in the mid-70's on Asia's hippie trail.


If you like exploring all aspects of your docu-drama de-jour, The Serpent is a perfectly horrendous opportunity. Sobhraj is a psychopathic manipulator who, once caught, lived a comfortable life in India's toughest jail before escaping in order to be later recaptured to avoid extradition to Thailand.

Sobhraj committed at least 12 murders and was convicted and jailed in India from 1976 to 1997. After his release, he retired, promoting his infamy in Paris. Sobhraj later returned to Nepal in 2003, where he was arrested, tried, and received a life sentence. Despite heart disease, Sobhraj is still alive in a Kathmandu jail.

This dramatised series details how a Dutch diplomat Herman Knippenberg, and his then wife Angela Kane (who later became the UN High Representative for Disarmament Affairs and Under-Secretary-General for Management in the United Nations) tracked some missing Dutch tourists and uncovered Sobhraj's deadly behaviours. It doesn't cover his whole life of crime (maybe there'll be further seasons), just his early killing years in SE Asia with his partner/captive, Marie-Andrée Leclerc.

Previously on Metafilter.
posted by Thella (5 comments total) 1 user marked this as a favorite
I find this series both compelling and repulsive. Sobhraj was a 'boogie-man' in my early dreams of SE Asian travel and my much older Indian boyfriend claimed to have met him in a Bangkok bar in the early 1970s. Richard Neville (of London OZ fame) and Julie Clarke wrote the enthralling The Life and Crimes of Charles Sobhraj which I avidly read and then remained haunted by. One of the Amazon comments is by a woman portrayed in the book.

Rahim as Sobhraj makes my skin crawl, demonstrating how well he portrays the psychopath, and Coleman's Leclerc suggests that she was not an innocent partner in these crimes.
posted by Thella at 5:27 PM on April 15, 2021

Rahim’s Sobhraj is so creepily good at gaslighting and lying to people. I’d never heard of him before watching this, but yikes, I’m lucky no one like that tried to befriend me while traveling.
posted by tautological at 6:55 PM on April 16, 2021

Correction: It is a limited series and briefly touches on his latter days in the final episode.
posted by Thella at 12:20 AM on April 17, 2021

I thought this was fantastic. I remember reading The Life And Crimes of Charles Sobhraj in the 1980s and never forgot it, so I was excited to watch this series (which I saw when it was on BBC a couple of months ago). I thought it was superbly done, with a real sense of place and time. Some scenes were heartbreaking (when Ajay carried the drugged woman into the sea to drown in particular) and there were times when I could feel my heart racing with the tension (Dominique's escape and the scene at the Post Office).

The lack of interest of the local police in various countries highlighted the contempt the 'hippies' were held in by the locals, travellers hopping from country to country, disrespectfully picking up bits and pieces of local culture and spirituality on the way.

Thanks for posting this! I was skeptical at first, but am most of the way through it.

The colours and colour palette remind me intensely of old photos and film of my parents.

I "enjoyed" how this catches the many facets and flavours of racism of the era without being gross about it, especially highlighting the role of economic power. Yes, especially the lack of respect - or naivete through privilege - that tourists (both the young and the diplomat expats) exhibit and the responses by locals.

Was a little confused at first with repeating scenes, but it worked to show the different sides of manipulation.
posted by porpoise at 12:16 PM on April 17, 2021 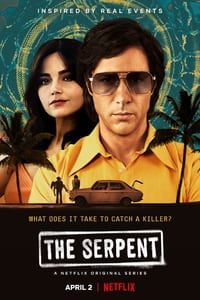