The team has to infiltrate the shadowy R.I.Z. to stop it from unleashing a worm that can take down the entire electrical grid, and they must use Harry to do it.


"Fire fixes everything."
"I want to kill a lot of people, all the time, I just don't."
"-computer nerd--" "HEY. WE HAVE RECLAIMED THAT TERM."
"Breanna, really good job. Mysterious death postponed."
"Cats Cats Cats. Dog Dude. Pony Fans? "That one was not what we thought it was."
"You did that on purpose?" "Maybe."
"Some guy told me. While I was kicking him in the head."
"Dear Harry: don't die. I need you to make me look good."
"I don't want a robot body." "It's too bad, we already measured your head while you were asleep." "Well, all right, if you only measured my head."
"Kids these days, they never think about paper."
"Why steal a code when you can steal the whole damn server?"
"Every time I crash a drone, it has to be reimbursed."
"Eliot! $300 for a haircut?!"

Aw man! Maria broke up with Eliot for being a criminal. Which is probably legit for her job, but still a bummer.

Harry decides to depart...for now, I guess? I dunno if he was only a one season wonder or whatever, time to go look for all the articles I've saved to read after I finish the series.
posted by jenfullmoon (7 comments total)
I love how they pay off Breanna's multiple downed drones throughout the season in this episode. Her whole finding-a-niche-on-the-team arc in a 10-second bit.
posted by humbug at 2:57 PM on October 18, 2021

I'm glad that this season ending didn't go in the direction of a Sophie-Harry romance. That would have been kinda cheap, I think.

By the way, I work on software supply chain security, so hearing Leverage name it as a huge infrastructure/national security issue made me feel like I've made it. Like when your book gets namechecked in a Jeopardy! answer. (It is in fact a dire problem! Thus the "Enhancing Software Supply Chain Security" section of this recent US Executive Order.)
posted by brainwane at 10:15 AM on October 19, 2021 [3 favorites]

YES. And the writers' explanation of supply-chain threat was pretty solid on first watch, too. I'd use it in my infosec human-factors class, no problem at all.
posted by humbug at 4:48 PM on October 19, 2021 [1 favorite]

Nice holistic season finale, setting up possibilities for extra seasons, and a reason for Sophie/ Bellman to return while organically not ruling out Wyle as a future guest despite dropping him as a regular. Not fantastic, but competent.

Christian Kane hadn't been keeping up fighting trim. Aldis Hodge leveled up big time in the physical department, and unlikely to return.

Big kudos to the props/ costuming department for their choice of costuming/ clothing throughout the season.

If there are more seasons, I want to see Parker masterminding/ Control-ing conflicting with her priorities/ engagement with the Redemption team. Also Eliot getting some/ a protege that works out through a non-toxic relationship de-escalation of the worst of the modern "masculinity" tropes/ trends.
posted by porpoise at 9:45 PM on October 22, 2021 [2 favorites]

I missed the Parker/Hardison/Eliot interplay. That conversation about the robot bodies was the best.
posted by fifteen schnitzengruben is my limit at 1:02 PM on November 23, 2021 [2 favorites]

Super-thrilled about the renewal notice! Let's go steal a second season!
posted by fifteen schnitzengruben is my limit at 10:58 AM on December 10, 2021 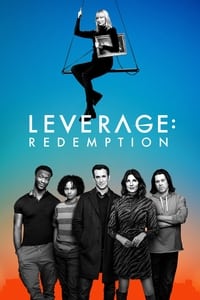