David desperately tries to keep his family of six together during a separation from his wife. They both agree to see other people but David struggles to grapple with his wife's new relationship.


David is trying to keep it together. He and his wife, Nikki, are going through a time of transition and allowing each other space to figure out what it is they want from life and from their relationship. But there is one major issue: David doesn’t want space. He just wants things to get better, and he plays along with Nikki because he suspects it’s the only thing that may keep them and their four kids together. But he is hotheaded, jealous, and terrified of losing his family—an explosive combination in a claustrophobically small town where private lives seem impossible to preserve.

Sarah Ward: Crucially, though, this is a movie about domestic disharmony that witnesses as much as it can, and lets as broad a spectrum of its protagonist's life as possible tell its tale. The Killing of Two Lovers ensures that Niki's predicament is just as complicated as well. This isn't just a movie that explores what happens when a man could lose everything that's made him who he is; it's also a portrait of a woman torn between a past she knows and a future that's on her own terms. And, it definitely isn't a film that condones David's actions, or offers any neat or predictable answers, explanations or options, but rather it's a snapshot of just how tangled and elaborate life always becomes.

There's an element of Scenes From a Marriage at play here, although The Killing of Two Lovers pre-dates the new remake — and so much of the feeling in this gorgeously shot movie comes from its imagery. When it's hard to look away from such rich and enticing visuals, it's impossible not to spot and soak in everything they depict. Each frame is postcard-perfect, not that those pieces of cardboard ever capture such everyday sights, but wide vistas and the snowy mountains hovering in the background are just the beginning. With its long takes, The Killing of Two Lovers forces its audience to glean the naturalistic lighting that never casts David and Niki's hometown in either a warm glow or grim glower. Repeated images of David alone, especially in his car, also leave a firm impression of a man moving and solo. And, presenting most of its frames in the 4:3 aspect ratio, the film also possesses an astonishing and telling sense of space. Nothing is bluntly boxed in here, but everyone is trying to roam within the claustrophobic patch of turf they've scratched out. And, within the feature's square-shaped visuals springs an added fountain of intimacy that cuts to the heart of such close relationships, such as when David and the kids all pile into his truck, or during one of David and Niki's car-bound dates.

Ariel Klinghoffer: Moments like this, though heart-wrenching, pull the focus away from the toxicity that lingers in a cloud around David; these shifts of his between internalising the conflict and allowing it seep over edge make the film feel less like a psychological thriller and more like a family tragedy that takes itself seriously. Additionally, this scene demonstrates the true heart of The Killing of Two Lovers: the richness of the performances. Each of the actors breathes life into their roles, making for an authentic family dynamic.

Through hinting towards some nebulous, violent masculinity – with an air-tight metallic sound design and the recurring images of guns and simulated violence – the film’s innovation lies in how Machoian prioritises the tangibility of a man’s festering mind over exposing the roots, so as to astutely deliver a hand-crafted narrative style that forcefully supports the trauma of such a high-stakes marriage falling apart.

Mae Abdulbaki: The film’s ending is innocuous, however, leaving behind the brazen intensity and visceral conflict for a strangely less dramatic ending. Yet somehow, the final scene is almost as chaotic and off-putting as the rest of the film. It's unexpected and shocking considering all that came before. The characters' emotions are front and center, though it's obvious David's feelings about a potentially permanent separation from his wife is more of a focal point. He gets to be confused, frustrated, angry, and openly struggling while Nikki isn't afforded the same amount of time to showcase her tumultuous emotions (save for a few scenes). The film itself is more interested in exploring the complicated feelings that come with a separation rather than what exactly may have led to it to begin with; the implications are there, of course, but The Killing of Two Lovers subverts expectations. And, really, it doesn't much matter in this instance because the reasons are irrelevant when compared to the effects it has on the characters.

Trailer
posted by Carillon (2 comments total)
I thought this was a great movie up until the extremely out of left field last scene, which almost seemed like it was from a previous draft or something. Didn’t ruin the movie for me, but damn near.
posted by holborne at 8:07 PM on December 4, 2021

For me it had to do a lot of work to recover from the opening scene. It's dramatic, but I found it centered his rage or experience to the exclusion of her and the children's experience. I'm sorry for him that he's sad but him making the choice not to kill his (ex)wife and her lover really put me of the movie. I think it recovered well enough, but that shocking open really wasn't a great choice to me.
posted by Carillon at 12:16 AM on December 5, 2021 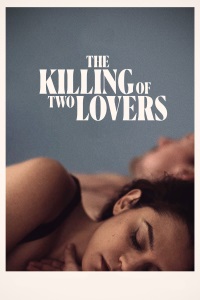