The slave Spartacus survives brutal training as a gladiator and leads a violent revolt against the decadent Roman Republic, as the ambitious Crassus seeks to gain power by crushing the uprising.


The rebellious Thracian Spartacus, born and raised a slave, is sold to Gladiator trainer Batiatus. After weeks of being trained to kill for the arena, Spartacus turns on his owners and leads the other slaves in rebellion. As the rebels move from town to town, their numbers swell as escaped slaves join their ranks. Under the leadership of Spartacus, they make their way to southern Italy, where they will cross the sea and return to their homes.

At the time of its first release in 1960, “Spartacus” was hailed as the first intellectual epic since the silent days - the first Roman or Biblical saga to deal with ideas as well as spectacle. Even the ending was daring. The crucified hero is denied a conventional victory, and has to be consoled with the hope that his ideas will survive.

Seen three decades later in a lovingly restored version, “Spartacus” still plays like an extraordinary epic, and its intellectual strength is still there. But other elements of the film have dated. The most courageous thing about it, from today’s standards, is that it closes without an obligatory happy ending, and an audience that has watched for 187 minutes doesn’t get a tidy, mindless conclusion.

I’ve seen “Spartacus” three times now - in 1960, 1967, and 1991. Two things stand up best over the years: the power of the battle spectacles, and the strength of certain performances - especially Olivier’s fire, Douglas’ strength, and Laughton’s mild amusement at the foibles of humankind. The most entertaining performance in the movie, consistently funny, is by Ustinov, who upstages everybody when he is onscreen (he won an Oscar). Some of the supporting performances now seem dated and the line readings stilted; dialogue such as “How will I ever be able to thank you?,” delivered by a senator placed in charge of a legion, gets a bad laugh.

All historical films share the danger that their costumes and hairstyles will age badly. “Spartacus” stands at a divide between earlier epics, where the female characters tended to look like models for hairdressing salons, and later epics that placed more emphasis on historical accuracy. But the hairstyles of the visiting Roman women at the gladiatorial school are laughable, and even Jean Simmons looks too made up and coiffed at times.

Bosley Crowther: His "Spartacus" is still heroic humbug—a vast, panoramic display of synthetic Rome and Romans, slaves and patricians, men and maids, at the time of the great slave rebellion in the first century B.C.; a grand show of gladiatorial combats and a beautiful big battle between the slaves under Mr. Douglas and the Roman legions under Mr. Olivier; a three-way stretch of romantic imagination in which the patrician, Mr. Olivier, vies with the slave leader, Mr. Douglas, for the affection of an emancipated slave girl, Miss Simmons; and an endless amount of simulation of political rivalry in Rome, in which the senators and generals are more confusing and less amusing than those in Washington.It is a spotty, uneven drama in which the entire opening phase representing the basic-training program in a gladiatorial school is lively, exciting and expressive, no matter how true to history it is, and the middle phase is pretentious and tedious, because it is concerned with the dull strife of politics.Then comes a handsome, eye-filling re-enactment of a battle between the slaves and the Roman legions, which matches the Battle of Agincourt in "Henry V." (It has thousands of extras, hundreds of horses, shot on the rolling hills of Spain.) And it slides off into an anti-climax, wherein a great deal more is made of Miss Simmons' post-war predicament than of the crucifixion of 6,000 captive slaves.Apparently, too many people, too many cooks had their ladles in this stew, and it comes out a romantic mish-mash of a strange episode in history.

Mike Massie: Far more somber, tragic, and dark than the previous year’s “Ben-Hur,” “Spartacus” is rich with stirring morbidity and the grittier, realistic horrors of slavery. Although 1960 filmmaking had its thematic content limitations, there’s still an unsubtle amount of cruelty, bloodthirstiness, sexuality (implied rape, obscured nudity, plenty of oiled skin, and homosexual seduction), and violence (the most brutal offscreen, but a fair share showing severed limbs and visualized crimson gore). The presence of political backstabbing, undermining, and usurpation is a similarly new inclusion, topped with a corpulent, corrupt mastermind (Charles Laughton in the role of Gracchus) and colossal rebellion instead of personal revenge.

The incorporation of a major romance subplot is also refreshing for a historical epic, as is the absence of strong biblical ties, substituted instead with conspicuous parallels to American politics of the ‘50s (specifically McCarthyism). The film’s structuring is that of a longwinded saga (separated by an intermission and entr’acte), but the runtime reflects a brisker adventure. Dialogue and conversations are intricate and wordy, with attention to governmental affairs and allotment of power, while battle sequences are extensive and chaotic. Ustinov gives an almost sarcastic performance, full of idiosyncrasies, a whiny voice, and false timidity, contrasted by Olivier’s expressionless, pointedly coldblooded villain. Its positive critical reception abated due to the reactionary nature of the production having arrived after “Ben-Hur,” but “Spartacus” is still a magnificent picture that packs a rarely equaled emotional wallop with its impassioned camaraderie and paralyzing conclusion.

Trailer
posted by Carillon (4 comments total)
Ended up having to watch this in two parts. Kirk Douglas plays it pretty straight, there's not a whole lot there in terms of his character, more the eyes through which we see and are introduced to the world. He has one speech and some moments with Jean Simmons, but I didn't think it was a bad performance, just not enough from the script. It's definitely long, and there are a whole bunch of plots that wrap around one another. Not bad, I'm certainly happy to have seen it, but it didn't quite jump off the screen.
posted by Carillon at 8:54 PM on December 31, 2021

I re-watched it about a year ago. The final battle is interesting. The shots of the Roman army shifting formation seem to last forever. Story wise, it's for the reaction shots of Spartacus and his men as it sinks in how large and organized their enemy really is. Filmmaking wise, it was to show off the "Cast of Thousands" quality that was so popular at the time.

Either way, it tends to drag and I find myself chanting, "Bring on the burning logs!".
posted by AlonzoMosleyFBI at 9:11 AM on January 1, 2022

It has been years since I watched this but I remember enjoying most of it. Some of the melodrama gets a bit much but you get some impressive action scenes. And the whole snails and oysters speech rides the line between amusingly obtuse and suspenseful given the power differential between the characters.

The final scenes after the big climax drag on foreeeever, a problem with a lot of the big epics of the day (Ben-Hur is even worse).

I once asked my mother why the big films of her era were structured with 20 minutes of fluff after the good parts everyone would remember and her answer was that it was a deliberate choice so that dating couples could nip out early to have sex in the carpark while still claiming to have seen the film. I found this hard to believe but felt compelled to change the subject before she could elaborate.
posted by AndrewStephens at 6:49 PM on January 2, 2022 [1 favorite] 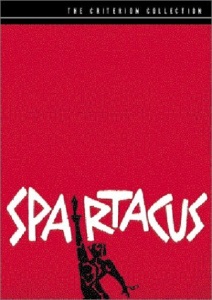