That one time when Peacemaker said, "I cherish peace with all of my heart. I don't care how many men, women and children I kill to get it"? Yeah... about that.


- This episode continues the roll-out of new versions of legacy comics characters with Judomaster, who isn't just about the judo but (per the cover of Special War Series #4 in the link) also karate and jiu jitsu. (The character is also just about the only Charlton superhero that wasn't the basis for a character in Watchmen.) This version is diminutive and has a green costume, which leads Smith to make a Lucky Charms joke, but he's also pretty badass, although some of that may be because he might be a Butterfly, we're not sure.

- Speaking of whom, the Butterfly-assimilated humans have long tongues (phwoar!) and live on some sort of honey or nectar. We also get to see one of the little critters when they're, ah, liberated from their host. And, finally, we get an idea of how much they've spread, which is basically where aren't they.

- Although Vigilante has been presented as pretty much a loser and a joke, here we see that he's a pretty good shot, and also pretty ruthless.

- We also get some more background on Harcourt. Purely speculative long-shot comic nerd thought: I wonder if she's really Spy Smasher? (Different name, but that would track.)
posted by Halloween Jack (6 comments total) 2 users marked this as a favorite
The butterflies remind me of the Sheeda from the Grant Morrison-written Seven Soldiers maxiseries from some years back. I don't totally remember the Sheeda's deal, but James Gunn doesn't seem super interested in keeping characters and concepts on-model to their comics antecedents anyhow, so it's probably a moot point.

I don't think Judomaster is a butterfly. I just think he's a very tiny man who can beat the shit out of very big men. Flicking the Cheetos at Peacemaker was perhaps the greatest product placement since Jennifer Jason Leigh pulled a bag of Doritos out of her ass on Twin Peaks: The Return.
posted by kittens for breakfast at 10:36 AM on January 16 [6 favorites]

I finally placed what the butterflies reminded me of: the mutated/extra-dimensional preying mantis bug that is seen several times in Nic Cage's the Colour Out of Space. Though I suspect that is just convergent evolution; what you get when you ask a CGI team to make a small alien flying bug thing. They're probably not part of the same Extended Universe, right?
posted by Balna Watya at 9:50 AM on January 17 [2 favorites]

Interesting… the dialog byplay about “Berenstein Bears” vs “Berenstain Bears”, seems like a setup for multiverse hijinks…
posted by rozcakj at 5:39 PM on January 17 [3 favorites]

It's a pretty common example of the Mandela Effect; certainly the comics have had their share of multiverse hijinks (and the Berlantiverse did its own version of Crisis on Infinite Earths, well before Marvel got into the action with Spiders-Man), but it would be a bit premature to assume that that's the case here. (Although I have to say that, since Jeffrey Dean Morgan is a fan, a person can dream of a cameo by the Comedian...)
posted by Halloween Jack at 8:38 PM on January 17 [1 favorite]

I have been struggling with pandemic negativity, possibly the worst so far. watched the first three of these last night and OH BOY did it hit the spot. I was surprised at how much this silly weirdness was just exactly what I needed. awesome to see Danielle Brooks in there and I LOVE EAGLEY!!!! so much!!! #teameagley
posted by supermedusa at 12:54 PM on January 20 [8 favorites]

1. It makes me so happy that they used real bald eagle noises for Eagly instead of red-tailed hawk noises.
2. HBO, stop with the skip credits button. I will never skip these credits. Ever.
posted by Orange Dinosaur Slide at 8:41 PM on January 26 [5 favorites] 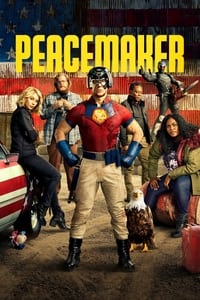