While Mother, Father, and the children face hostility from their new atheist collective, Marcus sets out to fill the walls of an ancient church with Sol's worshipers.
posted by porpoise (15 comments total)
Mother: "Are these the Atheists my children are supposed to look up to?"

Yesss, my favourite terrible show is back! I'm in the middle of the second episode, and I am entertained.
posted by confluency at 2:01 PM on February 4, 2022 [3 favorites]

To me this show is "real" science fiction. Every little thing has a weird inventive slant. It's awesome.

It looks like things aren't settling down at all for this season, the onslaught of novelty continues.
posted by paper chromatographologist at 4:00 PM on February 4, 2022 [7 favorites]

The special effects in some scenes were TERRIBLE. In particular, the shot with the hover-tanks that pans up to watch them make their way to the base camp or whatever. Unbelievably amateurish. The tanks looked like rejected models from The Lawnmower Man and when the camera zoomed out to show them crossing the terrain, I expected to hear a voice-over saying, "In Battle of the Space Clans, YOU control a sci-fi army in the battle for Kepler 22b! Download from the App store today! Somecontentrequiresinapppurchase."
posted by Saxon Kane at 6:34 PM on February 5, 2022 [5 favorites]

You know it's all kinds of fucked up and terrible when the "last season" recap has you wondering if you saw the same show they're recapping. That said, I think the big thing that I'm kind of hung up on is who is an atheist, who is a mithraist, who is faking, and who's a true convert. Everything else feels like it's kind of a wash about last season - oh, there was a whole snake pregnancy thing riiiiiight, oh and this kid had a pet mouse and shot his fake mom who was an atheist who hijacked a mithraist body? I think?

Caleb & Mary were Atheists who stole the identities of 2 Mithraic officers, Marcus & Sue. (May have the woman's names reversed.) On Kepler 22b, faux-Marcus begins to authentically believe in Mithraism when he hears a voice he thinks is Sol. The wife remains Atheist, but mostly just concerned about their (unknowingly adopted) son Paul. By the end of S1, I think she doesn't really give a shit about Atheism or Mithraism or whatever and just wants to take care of her son.

All the other Mithraic adults appear authentically Mithraic; the soldiers side with Marcus who takes over from the last remaining Priest/Cleric/Whatevs. But because Marcus eventually fucks everything up so bad, the few remaining Mithraists realize Marcus (and probably by extension Sue) are in fact Atheists, and they don't seem to care (or buy) that Marcus is now a true believer, because he's gone full Messianic mode. So they feed him the Killer Eyes which apparently does... something to him, cuz now he's all veiny.

Of the 5 kids surviving the Ark, only Tempest has explicitly rejected Mithraism (I think Holly & Vita are having their doubts as they grow more trusting and reliant on Mother.) Hunter has obvious reasons to cling to it, since he's got status in Mithraic society. Paul also hears a voice that he interprets as Sol, so he seems pretty firmly Mithraic as well.

Campion apparently started to believe in the divine as his siblings died. He was sympathetic to the Mithraic kids, but soured on Sol for various reasons. From what I can remember/tell, he believes in Sol (or some force within the planet?) but he thinks it is evil.

At the very end of the season, Marcus comes across a few Atheists from the Second Ark/The Collective. At this point, it appears the only Mithraic that remain are those captured by the recently arrived Atheists, which I think includes Lucius, the Mithraist who at first supported Marcus but then realized he was a fraud.

Regarding the Atheists we meet in this ep, they obviously aren't the wise, peace loving technocrats Mother expected. They are having their own internal split over allegiance to the Quantum Computer, Hal 9billion or whatever it's called. Some think it will eventually hand over "the baton" (weird that they keep saying that particular phrase, obviously there are some ritual cult elements among the Atheists, or they've grown up around the Computer), while a small but growing number think it hates humans and will just grind them into nothing -- making them tempting potential converts for Marcus, perhaps?

It's mildly amusing that Mother & the Computer consider themselves siblings: He's Mother's Brother from the same Father.
posted by Saxon Kane at 3:26 PM on February 10, 2022 [2 favorites]

And I guess I'm sorta confused about the kids - Mother was a Mithraic weapon who was captured by an atheist and reprogrammed to exfiltrate a few embryos to Kepler 22b and raise them as Good Frontier Atheists, weren't they? Or do I have that precisely backwards? Did they just stumble into innate mithraicism? I'm curious, but not curious enough to rewatch the first season, no.
posted by Kyol at 9:20 AM on February 11, 2022

Yes, Mother was a "Necromancer," the Mithraics' number 1 Weapon of Mass Destruction. The super-genius Campion Sturgiss -- a former Mithraic (is it Mithraic or Mithraist? I think the show uses Mithraic) who betrayed them to side with the Atheists (for reasons that are unclear, but I assume to help save the human species since Earth was kaput by that point, and perhaps because he thought the Mithraics were jerks) -- captured her and reprogrammed her. I assume he also re-programmed Father, because from what we've seen the Mithraics make their androids look identical to humans (except for medical droids?) while the Atheist's androids (as we see in S2E1 and S2E3) are obviously not human -- perhaps because the Atheists were apparently an underclass or rebel nation without the resources/expertise of the Mithraics, perhaps also because of some cultural bias against lifelike androids in Atheist culture? So my guess is that Campion Sturgiss stole a generic service model and programmed it to be Mother's counterpart. He is also the one who created the Trust, the Quantum Computer that runs the collective. And yes, his plan was to send M&F to Kepler 22b with 12 embryos (12? That's it?!) to start an Atheist colony and preserve humanity. I assume he also knew that the Mithraics were sending their own Ark(s), so maybe he thought that the Mithraics and Atheists would get along better on this other planet for some reason. Or maybe he was a brilliant programmer but knew nothing about genetics and breeding and thought 12 people would be a viable genetic base to bring back an entire species. Anyway, they lose 6 of the embryos when their ship falls into the hole (why they didn't just climb down to get them out is unclear), and then, as we know, 5 of the 6 that they bring to term eventually die, 1 from falling in a hole (or did she?!?!) and 4 from radiation poisoning from their Kepler PotatoYamCarbos, and only Campion Mark II developed immunity to it.

Speaking of the giant holes, my first thought was that they were travel tubes for the extinct giant dragon-worms we see in S1 -- sort of like the thing in Empire that nearly swallows the Millennium Falcon. But after rewatching some of the first season, I think they were made by that giant pentagonal obelisk thing with the fire hole that the Mithraics find. I wonder if it was some sort of weapon that the original human inhabitants used to burrow into the earth for some reason -- to tap the energy of the core? Perhaps to try to destroy the giant snakes? But upon doing so they devastated most of the planet and made in uninhabitable, hence them sending the coded scriptures to Earth. What humans remained seem to have moved underground to survive, some of them devolving into the beasts that attack them in S1, maybe some remaining more human-ish, like the person(?) we see doing parkour all over the place in one of the later episodes of S1.

I'm also guessing that whatever message the inhabitants of Kepler 22b sent to Earth arrived sometime in the 21st century, and Mithraism arose as a syncretic global religion centered around it -- Mithraism obviously draws on elements of ancient Roman myth, the cult of Sol Invictus, but they also use Judeo-Christian imagery (the Ark, one cleric refers to Kepler 22b as a "New Eden"), and they have super-strict purity laws, like some massively overcharged version of the purity laws in Judaism or Islam. It is also obviously a racially diverse religion, although I think all the Mithraic leaders we've seen have been white, with the sort of exception of Hunter's dad, whom we never see (because he dies on the Ark) but are told is a high-ranking Mithraic religious figure. We haven't yet seen evidence of Eastern beliefs (Buddhism, Hinduism, Shintoism) in Mithraic culture, though.
posted by Saxon Kane at 9:51 AM on February 11, 2022 [3 favorites]

I'm thinking there's probably Mithraic relics all over the galaxy.
posted by paper chromatographologist at 10:01 AM on February 11, 2022

So I believe I was mistaken about the number of embryos Mother & Father bring to Kepler 22b. From one of Mother's memory flashbacks in the simulation, it looks like there are 6 baby-cases in their ship, and I think each case has 6 Chia!Babies, so more like 36, maybe more? M&F rescued at least 12 embryos, because in another flashback we see that some of Campion's original siblings accidentally killed the other 6 by opening the pods.

Also noticed, briefly, what appears to be a Buddha-like figure in some Mithraic stained glass when Mother is remembering her reprogramming by Campion Sturgiss (but... her eyes were removed at the time, how would she remember what anything looked like?). And I don't know why I didn't realize it earlier, but the Mithraics as a whole give off real Militaristic Mormon vibes to me, don't know if anyone else is getting that.
posted by Saxon Kane at 10:25 AM on February 12, 2022

I added posts up to episode 4. I was behind and binged to get caught up. Post away! And welcome back to this glorious hot mess of a show!
posted by jquinby at 7:41 AM on February 19, 2022

Saxon Kane, you are a hero. Thank you so much for all this detailed recapping and insight. I watched the first season of this show in those early blurry months of pandemic lockdown and had a hard time remembering a lot of the back story during this first episode of season 2.

There are some problems with the CGI budget, no doubt, but overall I think this show is remarkable. It's so rare that someone creates television sci fi that works hard to invent a whole new bizarre world and also tell a compelling story. Most science fiction these days is just space cowboy stuff.
posted by something something at 5:50 AM on February 23, 2022 [2 favorites] 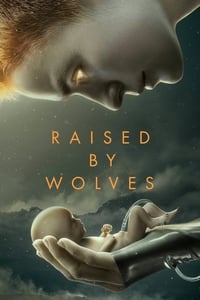