A small town existing nowhere traps all those who cross its threshold.


As of this posting, it has neither been renewed nor cancelled by Epix.
posted by porpoise (14 comments total) 1 user marked this as a favorite
This starts out as a pretty straight gore horror while hinting at the supernatural. Laterals into a psychological thriller, then settles in on paranormal mystery.

Season 1 finale does not answer any questions, but is a satisfying-enough chapter break and introduces at least three (3! The Radio, The Lighthouse, and The Bus) new potential-conflict elements/ mysteries.

Avoid if that's not your cup of tea.

It's Epix, so no idea how accessible it is for anyone else. I came upon this following Harold Perrineau from the conclusion of 'Claws.'

I felt that the acting is above par, and the writing was decent. Not as intricate as, say, the recent 'Severance.' Likewise, the set is more than fine but not spectacular; it was built just for this show on an abandoned town's footprint in Nova Scotia that used to serve a radar base back in the 50's. That level of investment tips the odds of a second season. But, it's rural Nova Scotia so how much can it cost? $10?

The story recalls to me a little bit of 'The Southern Reach' trilogy, you know, 'Annihilation.' But it's a different concept. The showrunner has been on interviews making mouth noises about "learning from 'Lost,'" so maybe there is an actual story arc.

The character I most expected to despise was actually kind of cool. The character(s) I most expected to be annoying ended up being sympathetic. There's a Cantonese "only" speaking mother and fluently bilingual son who's accents suggest immigration to N.Am. 10-20-ish+ years ago which floated a boat of mine. The older immigrant who insists on (pretending?) not to understand/ speak English is a love/ hate thing of mine.

I rather enjoyed this, but probably would have liked it even more as a binge (and a second season).
posted by porpoise at 8:16 PM on April 13, 2022 [2 favorites]

This show was filmed in Nova Scotia, and I managed to get a gig as one of the Colony House background actors. It was a fun time! It hasn't aired in Canada yet so I haven't actually seen it, but I'm looking forward to watching.
posted by mrjohnmuller at 2:46 AM on April 14, 2022 [5 favorites]

This looks like my cuppa tea, thanks - looking forward to finding it somewhere (according to Wikipedia it will be through Netflix).
posted by rozcakj at 6:22 AM on April 14, 2022 [1 favorite]

I signed up for the Epix free trial just so I could binge this. I loved most of the season, but my patience with Jade lapsed way before the last episode.
posted by Four-Eyed Girl at 6:59 AM on April 14, 2022 [1 favorite]

We were really into this show at first, but as the season progressed and they kept shoveling more mystery box on us we kinda got over it. After "Lost" I don't actually have any confidence that there will be a planned-out storyline with any sort of answers.
posted by haileris23 at 8:03 AM on April 14, 2022 [1 favorite]

Yeah, I also got a little less invested as time went on and they didn't seem super interested in progressing on the various mysteries in favor of piling up new ones. I don't need to see a flashback for every last detail, but at least give us some back-story on big stuff like the Colony House / Townie split. In the last few episodes they come up with a sort of origin story for the talismans, but that's not really anything like an explanation of what they are and why they function. And surely somebody else has tried to figure out the mystery of electricity before now.

Anyways, I'm still interested enough to tune in for season 2 if it happens, but the last few episodes started to feel like diminishing returns to me. Still, I did like the setting and the acting, the gore was pretty impressive if that's your thing, and the antagonists were suitably scary.
posted by whir at 8:55 PM on April 14, 2022

mrjohnmuller I managed to get a gig as one of the Colony House background actors.

Was the site pretty far away that you had to do overnights there, or was it close enough that you drive and go home to sleep?

There's another Mefite who was a face extra in the second episode of 'The Lone Gunmen,' the 'The X-Files' spinoff.

I was the kid who was running late up the front stairs to the highschool in 'Man of the House.' Chevy Chase is a jerk. But the extras casting person leveled me up on fashion with what I was wearing (purple denim button-down I was told to wear open over my tshirt and untucked with the sleeves rolled up).
posted by porpoise at 10:07 PM on April 14, 2022

Was the site pretty far away that you had to do overnights there, or was it close enough that you drive and go home to sleep?

It was pretty close actually! They shot it near the town of Beaver Bank, NS, which is just outside of Halifax and only about an hour away from where I live. There were definitely a few late nights though.
posted by mrjohnmuller at 5:34 AM on April 15, 2022 [1 favorite]

I managed to avoid Lost and Prison Break, but this one sucked me in and while it has some interesting world building (purgatory, aliens, magical mutant child?) it really feels like they just keep piling on stuff without any resolution. Severance didn't reveal much at the end of the season, but at least I care about the characters.

Not to be all negative, there are some quirks that are quite interesting, but are stretched out a bit far for my enjoyment. I hope they are going somewhere with this, but suspect it'll just be random stuff until they just don't get renewed.
posted by Marticus at 6:40 AM on April 15, 2022 [1 favorite]

... well... the season finale was lackluster. Thankfully, it was renewed for a second season - so - if there are some answers/resolutions then, great - I will keep watching.

Otherwise - I will wait until the entire series is over and consensus on it's conclusion/resolution is that I am not wasting my time watching it. (I am old, I have been burned by getting invested in TV series too many times that I can simply watch other things and wait until something is finished - and if the buzz is that the screw the finale season, then I don't have to watch anything... looking at you, Game of Thrones...)

It hasn't aired in Canada yet so I haven't actually seen it, but I'm looking forward to watching.

It has now! It's on Paramount+ in Canada, which I am watching through Prime. As a Canadian, may I add that seeing Shaun Majumder in a serious role was truly surreal.
posted by Mogur at 12:47 PM on December 20, 2022 [1 favorite]

That being said, I am deeply suspicious of the showrunners. They are hitting too many of those Lost beats and I don't want to get burned again.
posted by Mogur at 12:55 PM on December 20, 2022

I've finally watched it and I was pleasantly surprised! I have high hopes for the second season.
posted by mrjohnmuller at 5:19 PM on December 20, 2022 [1 favorite] 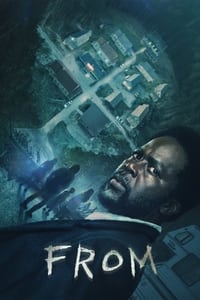