When Civil War veteran John Carter (Taylor Kitsch) mysteriously awakes on the surface of Mars -- also called Barsoom -- he little expects the adventure that awaits him. Carter reluctantly becomes embroiled in an epic conflict among the red planet's inhabitants, including Tars Tarkas (Willem Dafoe) and Princess Dejah Thoris (Lynn Collins). As Barsoom is poised on the brink of collapse, war-weary Carter rediscovers his humanity when he realizes that everyone's fate is in his hands.


From director Andrew Stanton (WALL-E, Finding Nemo), written by Stanton, Mark Andrews, and Michael Chabon, and based on A Princess of Mars (1912), the first book in the Barsoom series of novels by Edgar Rice Burroughs.

Currently streaming in the US on Disney+ and available for digital rental on multiple outlets.
posted by DirtyOldTown (24 comments total) 3 users marked this as a favorite
True: this was one of the most entertaining experiences I have had watching a blockbuster in the last 20 years.

Also true: I have completely forgotten essentially everything about it.

(Suggestion: maybe we should call that Avatar-ing?)
posted by DirtyOldTown at 7:08 AM on July 28 [6 favorites]

All I remember is that it was relentlessly generic and the knowledge that it's based on the stories that were among the earliest establishers of the tropes it's using didn't help that, a hundred years later.
posted by Pope Guilty at 9:38 AM on July 28

I recall this was better than I expected, but it was bogged down I think by staying so true to the source material that it winds up feeling like a dated, bland SF film.
posted by nubs at 9:44 AM on July 28 [2 favorites]

I enjoyed it. I'd watch it again. It's somewhat generic, but it delivered the action and spectacle in a reasonably well-executed manner. One could do far worse when looking for a movie of this type.

I completely misremembered Dejah Thoris as having been played by Olivia Wilde.
posted by under_petticoat_rule at 9:58 AM on July 28 [2 favorites]

I can't believe no one has mentioned Woola yet, the only thing I genuinely remember from this movie. And I own this movie on Blu-ray for ... complicated reasons.
posted by edencosmic at 10:43 AM on July 28 [2 favorites]

I think this was better than it had any right to be, tbh. In a different world, there would have been at least three John Carter movies.
posted by Kitteh at 11:32 AM on July 28 [7 favorites]

I remember there being a conversation floating around my nerd circles at the time that maybe a story about a wealthy white guy who fought for the Confederacy and was gifted tremendous unearned power based solely on his place of birth would be a tougher sell in 2012 than in 1912.
posted by haileris23 at 12:26 PM on July 28 [6 favorites]

Blockbuster? This is one of the most money-losing films ever made.
posted by Ideefixe at 2:24 PM on July 28 [1 favorite]

(lots of comments starting with "I" - in a row! No judgement.)

I recall this looking jankier than 'Starship Troopers' and thought that the action was 'Conan the Destroyer'-ultra lite.

Might give it a second screening this long weekend.
posted by porpoise at 9:53 PM on July 28

Having watched it long after its initial release (a childhood fan of the books), I recall thinking that the movie had issues. Trying to fit a lot of the world building that takes several books to flesh out in a couple sequences and balance that with action set pieces with a pretty but limited lead? Nearly impossible to make it work I think. I wish they'd lean hard into the weirdness of the books but instead ended up generic.

TBH though I was surprised that it wasn't as terrible as some critics and audiences had made it out to be. I had fun with it at the time but I'll never watch it again.
posted by Ashwagandha at 10:14 PM on July 28

Lots of love in this household. The film itself is great. The marketing was dreadful. And the critics seemed pre-disposed to view it unfavourably.
posted by daveje at 1:37 AM on July 29 [2 favorites]

The movie was pretty generic and forgettable but I read a book about the decades of development hell the property went through, John Carter and the Gods of Hollywood, and that was a pretty good read.
posted by octothorpe at 4:49 AM on July 29 [1 favorite]

Touches on a number of things, including the casting, the marketing, and the fact that Disney started negotiating with Lucas for Star Wars in the middle of production.
posted by nubs at 7:11 AM on July 29

The film is OK - nothing special but entertaining and parts of it look really imaginative. It suffers from the problem that the source material has been ripped off some many times that the plot basically comes across as a series of cliches.

I have also read John Carter and the Gods of Hollywood but I must disagree about it being a good read. The author is a super fan who is eye-rollingly invested in the film and very bitter about how it was handled. It does have some good inside dirt on the studio machinations behind the terrible release though.
posted by AndrewStephens at 10:02 AM on July 29 [1 favorite]

There's some kind of irony in the fact that, of all the incredibly-talented young cast members from the late beloved Friday Night Lights, the ones who broke out to become international stars and, in fact, superheroes, were the black actors. Namely Michael B. Jordan and Aldis Hodge. Taylor Kitsch is still getting roles, and Jesse Plemmons is doing great, but nobody doesn't know Michael B. Jordan.

(Wait, no, Adrianne Palicki got to be a superhero too, she was on Agents of SHIELD.)

Maybe it's just a tribute to the FNL casting director...
posted by suelac at 1:22 PM on July 29

I have a soft spot for this movie, and will have it on when it comes around on cable, but that is in a least part because Lynn Collins presses my Princess Ardala from the old Buck Rodgers tv show buttons.
posted by vrakatar at 7:47 PM on July 29 [2 favorites]

The CG was good for its time, if uneven. I totally misremembered.

Much funnier than I remembered.

I guess I was expecting something different, and didn't fully grok that it was based on stories written one hundred years ago.

It was a pre-orbit society. Sputnik is about halfway between then and now.

Viewed in this light, I've become a fan of this. Thanks metafilter!

I'm another one with a soft spot for John Carter. It had such witheringly bad buzz before it came out, and then flopped so hard in theaters when it did come out, that it gave it a kind of beleaguered underdog appeal when seeing it on cable myself. I don't know that it could ever have been the next big mega-hit-franchise that the studio was banking on it to be, but I don't doubt it could have been profitable trilogy if they hadn't bungled (sabotaged?) the release.
posted by oh yeah! at 3:30 AM on July 31 [4 favorites]

Huh. I turned this off half way through. It was long after the original airing so I thought it was a good chance to be a couple hours of overlooked action fun.

It is possible Stanton's fairly hyperbolic claims about what he was accomplishing with the movie kept my expectations too high.

Totally true the novel. John Carter is the jumpingest hero in all of fiction. Far bouncier than TIgger.
posted by mark k at 1:15 PM on July 31

The big problem with this movie was that it was Avatar without that movie's main selling point: how drop-dead gorgeous it was visually. This movie's Mars was mostly beige and deserty. "But, Halloween Jack," you might be saying, "that's what Mars is actually like." So what? The real Mars doesn't have a breathable atmosphere, flowing water, Martians, or some magical property that makes people have old-school Superman powers, any more than the lower gravity of the moon gave the Apollo astronauts. If you're going to bring that crap in, what the hell, make Mars like a Roger Dean album cover. Also, get rid of Carter's Confederate background. That crap didn't fly in Firefly.
posted by Halloween Jack at 7:24 PM on July 31 [1 favorite]

To clarify, my followup comment was immediately after watching it again.

The movie had objective deficiencies; a fan-edit or something might benefit it, but the first and last quarter are such incredible messes already.
posted by porpoise at 9:09 PM on July 31

There's some kind of irony in the fact that, of all the incredibly-talented young cast members from the late beloved Friday Night Lights, the ones who broke out to become international stars and, in fact, superheroes, were the black actors.

Jurnee Smollett, too.
posted by kirkaracha at 9:37 AM on August 2 [1 favorite] 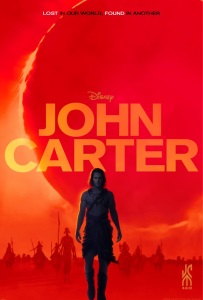