The show left CBS for its second season, becoming a Paramount Plus original.

95% fresh on Rotten Tomatoes.
posted by DirtyOldTown (8 comments total) 1 user marked this as a favorite
I had dropped out of this show halfway through the first season, because despite some sharp writing, its case-of-the-week structure felt mundane and there were occasional moments of inexplicable weirdness I could not quite grok.

Little did I suspect that the bonkers moments were this show's true path, and the more it turned down that lane, the better it would become.

From the season premiere, in which a portentous dream sequence in a cornfield featuring two of the leads and a beastly demon was interrupted by Michael Emerson dancing to "Funkytown," this show has increasingly committed to being weird and oh, wow, does it work.

Although there is often a case of the week, the actual structure of the show is more like Fringe, in that these cases aren't one-and-done, they nearly always end up being pieces/clues of the underlying mythology.

And what is the mythology? A demon has partnered with a Machiavellian human (Emerson) to position a cadre of 60 demons on earth, using (to some degree, haven't finished this season yet) manipulated embryos at a fertility clinic.

The whole thing plays like the Kings (the creators/showrunners) promised Paramount the X-Files as an exorcist serial but are giggling uncontrollably while they try half-heartedly to keep a lid on the American Horror Story-level camp and chaos leaking out from all corners.

It's a frigging delight. One of the most entertaining shows on any channel.

And Andrea Martin! Hoo boy, she's a treat here.
posted by DirtyOldTown at 10:44 AM on August 22

And then there's the _third_ season! It went from sort of a grudge watch for the first half of the first season to a really pretty interesting streaming-only weirdie show.

I believe it's been confirmed that they've already approved a 4th season, which I'm looking forward to.
posted by Kyol at 12:41 PM on August 22 [1 favorite]

I really like this show and was a little bummed to see it drop off of FanFare (not bummed enough to post about it myself, though, I guess).

For Season 2 I think maybe my favorite episode was the one where they're all at a monastery where everyone has taken a vow of silence and the action mostly occurs wordlessly. It seems characteristic of the show to shoot for something which could easily come across as cutesy, pretentious, or overly clever, and then actually nail the execution of it.
posted by whir at 1:36 PM on August 22 [1 favorite]

I just watched that one, whir. It was fantastic.
posted by DirtyOldTown at 2:20 PM on August 22

Worth noting: a little over 10% of this show's episodes are directed by John Dahl (The Last Seduction).
posted by DirtyOldTown at 9:02 PM on August 22

Kristen's change from basically normal person to erratic, impulsive imp is really something.
posted by DirtyOldTown at 9:46 AM on August 23

Y'all have me watching this again. I'm still in the 1st season.
posted by kingless at 6:23 PM on August 23

Oh my gosh, the entire sequence set to and literally matching up to "Fake Palindromes" by Andrew Bird. "Swapping your blood with formaldehyde" "tie your wrists with leather" "drill a tiny hole into your head."
posted by DirtyOldTown at 8:09 AM on August 24 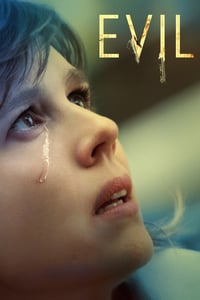