Taekwondo film legend John Liu stars as a New York everyman who, when pushed too far, is forced to take the law into his own hands and become "The New York Ninja" -- a vigilante set on righting wrongs and keeping the peace in a Big Apple on the brink of chaos. Originally filmed in 1984, this martial arts riot was never completed and sat, unedited in a warehouse, for nearly 40 years before being finished by the staff at Vinegar Syndrome.


Essentially, this was a cheesey, low budget action movie with stolen sets and silky fight choreography, that might have been a cult classic, had it been finished. Instead, the project was uncovered and completed by the re-release gurus at Vinegar Syndrome, who leaned into its cheesey cult flick goodness.

Currently streaming in the US on Showtime.
posted by DirtyOldTown (3 comments total)
Silky fights? Sounds luxurious!
posted by Saxon Kane at 6:54 AM on August 31, 2022

I found this pretty entertaining, it's no Miami Connection, of course, but few things are. I had avoided it at first because I thought it was one of those contemporary films trying to be a camp 80s film. Not for kids as it has a fair bit of sexual assault.
posted by Ashwagandha at 11:22 AM on September 1, 2022 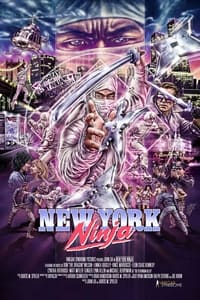