Woody (Tom Hanks) is stolen from his home by toy dealer Al McWhiggin (Wayne Knight), leaving Buzz Lightyear (Tim Allen) and the rest of the gang to try to rescue him. But when Woody discovers that he's actually a valuable collectible from a once-popular television show called "Woody's Roundup" and is reunited with his horse Bullseye, Jessie the yodeling cowgirl (Joan Cusack) and his faithful sidekick, Stinky Pete the Prospector (Kelsey Grammer), he doesn't want to leave.

Available streaming in the US on Disney+, obviously. Also available for digital rental on multiple outlets. JustWatch listing.
posted by DirtyOldTown (4 comments total) 1 user marked this as a favorite
This was the first Pixar movie I saw in a dusty theater. My eyes just couldn’t stop watering during Jesse’s song.
posted by wabbittwax at 9:10 AM on October 3, 2022 [4 favorites]

If Jesse's song doesn't make you cry, you may be made of stone. My wife had never seen the movie before and we sat down and watched it together. When that song hit, she burst into tears. I haven't dared show her Toy Story 3 yet.
posted by drewbage1847 at 9:24 AM on October 3, 2022 [5 favorites]

I feel like this is one of those "sequel even better than an already amazing original" examples. Like Aliens, Empire Strikes Back, and The Dark Knight.
posted by Molesome at 4:50 AM on October 4, 2022

I rewatched the Toy Story series a few months ago. The jump in CGI quality from 1 to 2 was dramatic but it stayed pretty constant after that, maybe some better lighting.
posted by one for the books at 8:22 PM on October 8, 2022 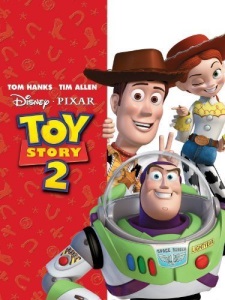