An amateur historian defies the academic establishment in her efforts to find King Richard III's remains, which were lost for over 500 years.


Film recently released about Philippa Langley's search for the body of Richard III. Described as a comedy-drama based on a true story. Has caused some controversy about how accurate the narrative is, and the portrayal of specific people. An article from British Archaeology in response to it can be downloaded here.
posted by paduasoy 3 users marked this as a favorite
« Older Movie: Freddy vs. Jason...   |  Movie: Little Women... Newer » 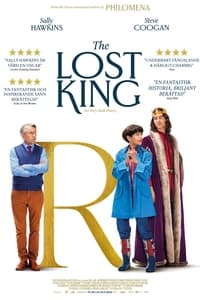