The life of southern belle Scarlett O'Hara (Vivien Leigh) begins on a sprawling plantation, then veers across the history of the South during the Civil War and Reconstruction, and her tangled love affairs with Ashley Wilkes (Leslie Howard) and Rhett Butler (Clark Gable).

Directed by Victor Fleming. Screenplay by Sidney Howard, based on the novel by Margaret Mitchell.

George Cukor (The Philadelphia Story) was the original director, but was replaced less than three weeks into shooting. Victor Fleming, who was directing The Wizard of Oz, was called in from MGM to complete the film, although Cukor continued privately to coach Leigh and De Havilland. Another MGM director, Sam Wood, worked for two weeks in May when Fleming temporarily left the production due to exhaustion. Although some of Cukor's scenes were later reshot, Selznick estimated that "three solid reels" of his work remained in the final cut. As of the end of principal photography, Cukor had undertaken eighteen days of filming, Fleming ninety-three, and Wood twenty-four.

(As an interesting aside, Fleming replaced Richard Thorpe as director on Oz, who had himself replaced Norman Taurog, who was replaced during pre-production. George Cukor, whom Fleming replaced on Gone with the Wind, was himself brought in to consult on Oz when the studio was unhappy with Thorpe's work. He did not shoot anything, but he did insist that the plan to have Garland in a blond wig and baby doll makeup should be discarded. When Fleming left the production to try and save GWTW, King Vidor took over and did uncredited work completing the Kansas scenes.

Today, I'm going to post six of movies that are problematic and/or made by/starring problematic people, but also either: have merit/are acclaimed; won some awards; are very popular; have a certain amount of cultural cachet. I'll be tagging these #problematicmovies.

This film, fairly obviously, makes the problematic films list because it lionizes white Southern plantation owners of the Civil War and Reconstruction and renders its Black characters as cartoonish stereotypes.
posted by DirtyOldTown (13 comments total) 1 user marked this as a favorite
In my own review, I quoted a friend who summed this film as "four hours of blah" punctuated by "ten minutes of Civil War and five minutes of hate sex". Yep.

I think that Olivia de Havilland was also approached to play Scarlet initially, but she asked for Melanie instead because Melanie was a much more interesting character. Also yep.
posted by EmpressCallipygos at 9:13 AM on November 9, 2022 [3 favorites]

Some interesting Hollywood gossip on this one is that Emanuel Levy, George Cukor's biographer, claimed that Clark Gable had worked Hollywood's gay circuit as a hustler and Cukor knew of his past, so Gable used his influence to have him fired from the picture.
posted by DirtyOldTown at 9:24 AM on November 9, 2022 [2 favorites]

From the totally ignorant of American history pov in the context of pre-internet Asia, movie releases really can take their time: my post-war mother remembered the big fanfare of watching this during her college years. And in the 90s it was actually a big television event here (or trumped as such), uh mainly to set the stage for the actual big television event, the sequel series starring Joanne Whalley and Timothy Dalton. Sorry to say, I was definitely into the whole confection - even read the book and all. That was how I learned about the origin of the Democratic Party. Looking back it was very interesting to reassess my mind at the time: by then tween!me actually had all the other post-GWTW media firmly in place, but for all the filmmakers' own stated politics, I distinctly recalled for a time after watching the movie I thought there must be some black people who were treated well by the white landowning Southerners. And that thought lived next to the more established stuff about what i had learned about American slavery to that point.
posted by cendawanita at 10:07 AM on November 9, 2022

I watched this a few years ago. I am sure I saw it when I was a kid, but didn't have much of a recollection of it. My impression, upon seeing it as an adult, was that even if you could look past the glaringly problematic aspects of the movie, it's just not that good. Which makes the fact that it is such a landmark in cinema more confusing.

There's a museum here that had an exhibit about the making of the movie, with costumes, etc. The thing that really struck me was the ledger for keeping track of who was in what scenes, and for organizing the shooting schedule. And I thought about doing all that work on paper. Because good or not, that movie sure as hell was monumental.
posted by adamrice at 10:36 AM on November 9, 2022

I think it was a landmark in cinema in part for fairly technical reasons? like early use of technicolor for example. not unlike Birth of a Nation, still lauded today for its technical achievements for the time, despite its utterly despicable content.
posted by supermedusa at 10:46 AM on November 9, 2022

Lush score, well cast (except Leslie Howard can be a sticking point), still no. 1 grossing film at the box office “when adjusted for inflation” using some wonky bookkeeping. Hattie McDaniel becomes the first African-American to be awarded an Oscar, winning over Olivia de Havilland, Geraldine Fitzgerald and two others.
posted by TWinbrook8 at 11:05 AM on November 9, 2022

I think it was a landmark in cinema in part for fairly technical reasons? like early use of technicolor for example.

It’s not necessarily an early use of Technicolor. Three-strip Technicolor was first used in 1932 by Disney, and the first full-live-action short filmed in the 3-strip process came in 1934. The first feature-length film came in 1935.

It’s simply a gorgeously-shot film. Not just the deep, rich, color, but the camera work and lighting itself makes it look like a far more mature film. Technicolor was a very slow film (ASA 5), so the night scenes were especially impressive.

If you can ignore the racism/sexism/Rhett’s rape of Scarlett/god-knows-what-else, and watch it on a technical basis, it’s a good watch. All that might be a steep ask, though.
posted by Thorzdad at 11:10 AM on November 9, 2022 [2 favorites]

A friend and I saw this back in the '70s and giggled through it, being very stoned. We really enjoyed watching Atlanta burn.

My mother-in-law thought GWTW was the Greatest Movie Ever. My daughter pleased her by consenting to watch it with her and disappointed her by disliking it.
posted by kingless at 11:12 AM on November 9, 2022

I watched this one multiple times as a kid because my mom loved it. I think she was swept up in the imagery, the gorgeousness, the epic romanticism, yada yada yada. Me, even as a Civil War obsessed kid, haaaaated it. Too long, too slow, too laborious.

As I grew up and came out of the "Lost Cause" fog that saturated my Southern childhood landscape (despite all my family having fought for the Union as good New Englanders), the only parts I can enjoy is Rhett telling everyone that they're fools, the impact of the hospital shots and Sherman burning Atlanta.

The people I grew up around hated Sherman with a passion, but I have to admit that boy do I admire the straightforward middle finger his invasion was. Brutal, should have never been necessary, but effective at hastening the wars end.
posted by drewbage1847 at 11:33 AM on November 9, 2022 [2 favorites]

The best part of Gone with the Wind is the Carol Burnett parody.

But seriously, though, the production team spared no expense and it shows. Costumes, hair and makeup, special effects, cinematography, sets, lighting, composition, blocking, choreography, all A++. And speaking as someone who read the novel (I was going through this phase of picking out books based on thickness because I was a weird twelve-year-old) the screenplay did do a good job of adapting the source material.

When I was a kid, it was one of those old theatrical films that was shown on TV every year, and you'd watch them partly out of tradition and partly to see how much they'd cut compared to the year before. The others were The Sound of Music, The Ten Commandments, It's a Wonderful Life, and The Wizard of Oz.
posted by The Underpants Monster at 3:05 PM on November 9, 2022 [5 favorites]

ColdCrashPictures on youtube has a good video called Should we Still be Watching 'Gone with the Wind?' Part 1 sets the background and Part 2 addresses the movie. In summary, he thinks the makers of the movie were being a bit more thoughtful than the fans.

I grew up in the Lost Cause fog and everyone around me loved this movie because of the majesty of the South and blah blah blah. I just remember HATING how weak Scarlett was and what a wet blanket Melanie was and how.....passive.... everyone seemed.

Ha! I read this because my dad kept trying to get me to read LoTR and fanstasy is just not my style (neither is historical period drama either but ¯\_(ツ)_/¯ ) and he had said that I didnt want to read it because it was too long. So I brought this book home from the library.

I get why it is problematic. I dont know if that impacted my thoughts on the south/civil war more than growing up in Texas did. We had already had to read Huckleberry Finn in school at that point, so maybe I had already been exposed to that kind of stereotyping, which we discussed in class.
posted by LizBoBiz at 1:20 AM on November 15, 2022 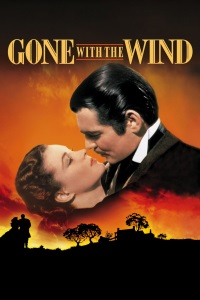