At a roller-disco competition, two rivals find themselves becoming good friends while competing for a prize of $1000 in cash. Featuring Patrick Swayze’s film debut!


An Amazon reviewer said “Skatetown USA is the most 70's thing you will ever see outside of Saturday Night Fever,” and I really can’t argue with that. Not much else to post about the plot, because it hardly exists, but this movie is stuffed full of random appearances by tons of B, C, and D-list 70s celebs. It’s got Flip Wilson, Ruth Buzzi, Maureen McCormick, Ron Palillo, and more! Also roller disco! Sooooo much roller disco!
posted by DiscourseMarker (2 comments total) 1 user marked this as a favorite
IT'S DONE! That was the last FF post for the $5 payout to MeFi.

That's as much as I can afford.

It's still possible to get:
-weirdly specific film recommendations for $5
-6 movie posts on the theme of your choice for $20!
posted by DirtyOldTown at 4:15 PM on November 10, 2022 [2 favorites]

This is absolutely my jam, you have to love skatesploitation. Super post, and thank you for your service!
posted by rhizome at 3:34 AM on November 13, 2022 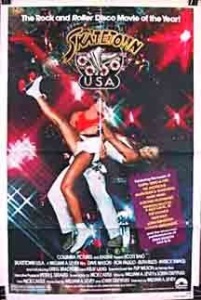