A sleazy cable-TV programmer begins to see his life and the future of media spin out of control in a very unusual fashion when he acquires a new kind of programming for his station. (IMDB) Videodrome is a 1983 Canadian postmodernist science fiction body horror film written and directed by David Cronenberg, starring James Woods, Sonja Smits, and Deborah Harry. Set in Toronto in the early 1980s, it follows the CEO of a small television station who discovers a broadcast signal featuring extreme violence and torture. Layers of deception unfold as he uncovers the signal's source and loses touch with reality in a series of increasingly bizarre and violent hallucinations. (wikipedia)


"This is the closest Cronenberg has come to making a movie about movies, and it’s worth noting that the very elements James Woods’ Max Renn matter-of-factly describes as the cornerstones of his station’s economic health—sex, violence, eye-grabbing novelty—defined Cronenberg’s filmography up to that point and afterward. When Cronenberg punishes the audience and his characters for their enduring fascination with sex, violence, and dark, nasty stuff, there’s an element of self-criticism as well. Cronenberg isn’t a pornographer, but he certainly works in extremes, and that’s part of what gives the film such a lacerating edge." (Nathan Rabin)

The “wild” first draft of Videodrome was the script that got the production its major talent, including actors James Woods and Deborah Harry, special makeup effects artist Rick Baker and his EFX Inc. crew, and many other essential players. (wikipedia)

Interview scene in Videodrome with Debbie Harry as Nicki (youtube)

Long live the new flesh. (youtube)
posted by valkane (12 comments total) 4 users marked this as a favorite
Whenever I used to sign up for online forums in college, I'd check whether the username Bryan O'Blivion was taken. It almost always was on the coolest sites.
posted by infinitewindow at 8:45 PM on January 25, 2015

I just watched Videodrome for the first time (because of this post) and loved it. Impressive practical effects and plenty of themes reflecting paranoias of the period (second link is technically post Videodrome, but whatevs).

Also, we learn the real reason piracy is evil. It's not because people deserve to be paid for their work, but rather because hacker pirates have no moral center and will gladly turn you into a murderous, programmable automaton.

If you're like me and want to know what movie posters were in the background, here's a few I saw (from CIVIC-TV headquarters):
posted by GrumpyDan at 12:33 AM on January 26, 2015 [3 favorites]

That's not to diminish the awesomeness of Videodrome, of course. It's such a great, unique film.
posted by Thorzdad at 6:53 AM on January 26, 2015

My first intro to Videodrome was a sample in the Man or Astroman? song "Put Your Finger in The Socket"
posted by drezdn at 8:21 AM on January 26, 2015

My first intro to Videodrome was a sample in the Man or Astroman? song "Put Your Finger in The Socket"

Meanwhile industrial music loves Videodrome samples almost as much as it loves Blade Runner and Hellraiser samples.
posted by Pope Guilty at 10:01 AM on January 26, 2015

Warning: lots of opinions and speculations without doing any actual research:

Hence the view that pornography in the '80s was still marginalized.
posted by GrumpyDan at 1:01 PM on January 26, 2015

As somebody who was born after the 70's the concept of public viewing of pornography is way weird to me.
posted by Pope Guilty at 4:02 PM on January 26, 2015

As a little kid in the early '80s, my route to school took me past a theater that promised adult movies for 25 cents all day; I couldn't understand why my dad wouldn't tell me more about them, and my dull classroom experience often included a moment where I stared out the window and daydreamed about how great it would be to be an adult and get to watch a movie whenever you wanted for just a quarter.
posted by kittens for breakfast at 6:22 PM on January 26, 2015 [2 favorites]

The first time I watched Videodrome it hit me as a marvelously bizarre mindfuck. After that though, each viewing left me more aware of the really dark humor. Now I think of it as a comedy.

My friends all think I'm weird.

I remembered when this was first released in the UK it was censored to exclude some of the more extreme scenes - in particular, and most notoriously, where Debbie Harry stubs out a cigarette on her breast. Of course I imagined this to be the most horrific thing possible... when I finally got to see an uncut version (most likely on Moviedrome) I was very underwhelmed.
posted by fearfulsymmetry at 8:11 AM on January 27, 2015

I’ve recently gotten into horror movies after many years of ambivalence (probably because I came up in the Saw era and that kind of gore isn’t for me). I think I loved this, and I’m definitely FASCINATED by it. I was texting some friends while watching it, to whom I usually liveblog horror movies, but for this one all I could say was “I cannot describe this at all and I NEED you guys to watch it with me, you might hate it but I need to see someone else react to this.” And if they hadn’t been into it, I would have rewatched it myself anyway, because I really haven’t ever seen anything quite like it.

each viewing left me more aware of the really dark humor. Now I think of it as a comedy.

I completely agree with this, I laughed out loud several times at just the sheer audacity of what I was seeing. The moment when the one guy fists the other guy’s stomach/VCR/vagina was the moment I decided I need to see a lot more of this guy’s movies. As a writer I simply DREAM of creating a work so unhinged that an image like that makes sense in context.
posted by showbiz_liz at 9:44 AM on October 5, 2022 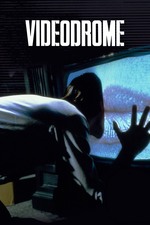