A major accident (building collapse) takes the lives of 48 people. The lives of the survivors, those who lost loved ones, and those connected to the parties blamed for the tragic event are marked forever. IMDB Rating: 8.2

DramaBeans Rating: 9.7 (no episode recaps)
A young woman attempts to live a normal life, but is scarred from the tragedy in her past, which took its toll on her family. She attempts to hold everyone together, but does not address her own pain. When she meets a troubled young man, the two grow close and begin to heal each other from their shared wounds.

the fangirl verdict
The context of our story is that our main characters Gang Doo (Lee Joon Ho) and Moon Soo (Won Jin Ah) are both survivors of the building collapse. They – and the people around them – continue to suffer daily, years later, because of the incident. . . Show effectively makes the point that even though the rest of the world has moved on, for these characters, the accident is not something in their past, but something that is affecting them very much in the present as well. . . As Show points out in episode 15 with reference to a broken boiler, you need to rip it all out if you want to fix it. You can’t just put a temporary fix on it, because it’s just going to burst again. . . It’s the same thing with all of the trauma-related pain that our characters have. They need to dig in and rip it all out, and figure out a way to fix it, because putting on a bandaid isn’t going to fix anything, and they’d just be forever broken.

Pop Dramatic
As is appropriate for a melodrama, the story in Just Between Lovers begins with a tragedy, though the unusual part is the fact that a very real disaster serves as inspiration—the collapse of Sampoong Department Store in 1995. This interesting connection actually sets a fairly mournful yet realistic the tone for the entire drama, allowing the story to also explore themes like grief and trauma through the loss that the characters have experienced.

The Guardian, May 27, 2015: Learning from Seoul's Sampoong Department Store disaster – a history of cities in 50 buildings, day 44
posted by kbar1 (1 comment total) 1 user marked this as a favorite
Netflix has this show listed as Rain or Shine, but most other sources I looked at used the name Just Between Lovers. If you’re in need of a good cathartic cry, this is the show for you. Lee Jun Ho as Kang Doo and Won Jin Ah as Moon Soo portray survivors of a department store collapse who also lost family members in the disaster. The realistic portrayal of physical and emotional trauma was tough to watch and I have to admit I cried quite a bit, especially knowing the story was based loosely on the very real and larger scale collapse of the Sampoong Department Store, which is described in detail in The Guardian article linked above.

The romance between the leads was sweet and helped balance out some of the tragedy. I appreciated the portrayal of supporting characters with disabilities that were not a result of the disaster; these characters were simply friends and found family for the main leads. There was also a big emphasis on mental health issues related to trauma experienced both directly and indirectly (e.g., the families that lost loved ones and the son of the architect for the mall that collapsed). I thought the show was really well done, but it’s not something I’ll watch again soon – I’ll wait until I need a really good cry.
posted by kbar1 at 9:45 PM on November 12, 2022 [1 favorite] 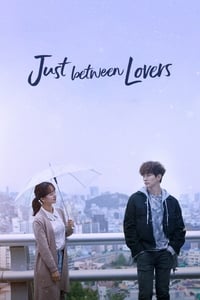