Currently streaming in the US free on several services. JustWatch listing.

This film is on the list because, while it was a huge leap forward in narrative filmmaking techniques, it's all super racist and its heroes are literally Klansmen.
posted by DirtyOldTown (12 comments total)
93% fresh? Wow, that is... I mean, sure, it's an important film in film history, and ground-breaking as a technical piece of film-making, but you'd think the 100% RACISM content would knock it down a few more percentage points...
posted by Saxon Kane at 8:07 AM on November 16, 2022 [7 favorites]

After repeating and underlining the stipulation that it is super fucking racist, the one thing I will say as a positive with this film is that it has a fair bit of Griffith's really interesting technique of not being bound by aspect ratio when it comes to framing his shots. He shows us circular images, thin rectangles, etc. He doesn't limit himself to the screen shape, he uses whatever shape he feels best suits the shot.

That's something we kind of lost over the years.

Ironically, the only contemporary filmmaker I can think of who uses this technique is Bill Posley, the Black director who made the horror film Bitch Ass.

Other than that, I cannot imagine what I would recommend from it. And you can get that from a few judiciously chosen clips.
posted by DirtyOldTown at 9:06 AM on November 16, 2022 [1 favorite]

God, I hated this movie, in 72-point caps. IDGAF if it's "important" to the history of cinema, this thing is a vile diseased turd of a film in the cinematic punch bowl, and there are other films of the time which use similar techniques and which aren't both unspeakably racist and boring as fuck.
posted by johnofjack at 9:25 AM on November 16, 2022 [3 favorites]

"[The Birth of a Nation] was the first motion picture to be screened inside the White House, viewed there by President Woodrow Wilson, his family, and members of his cabinet" and "the film has been acknowledged as an inspiration for the rebirth of the Ku Klux Klan, which took place only a few months after its release."
posted by kirkaracha at 2:58 PM on November 16, 2022

This movie's been on Twitter's lips the last day or so because of an antisemitic post going around pointing out that Louis B. Mayer funded the start of Metro Pictures Corp (which would become MGM) with money made from having exclusive rights to show "Birth of a Nation" and using that fact to both castigate Jewish people for their treatment of Black people and show that Jews run Hollywood.
posted by hanov3r at 3:49 PM on November 16, 2022 [1 favorite]

This is third on the list of "1001 Movies You Must See Before You Die", after A Voyage To The Moon and The Great Train Robbery. If you watch them in chronological order, it is REALLY striking how much of a technical and cinematographic Leap Forward this film is - those first two films were both just static wide-angle shots set up to take in a whole room and whatever happened in it, with little in the way of title cards to tell you what the hell was going on. Great Train Robbery did end with that close-up shot of a guy firing at the camera, but that was more of a stunty thing, it had nothing to do with the story proper. Going from that to this was like the jump from counting to ten on your fingers to long division.

....So it's a damn shame that this leap forward was used to tell a story that was a pile of racist doghit.
posted by EmpressCallipygos at 7:45 PM on November 16, 2022 [2 favorites]

That's the thing right? Are you a student of film history, or film techniques? Then yes, Birth of a Nation is important, because Griffiths pioneered some things that were revolutionary. Seriously, the concept of editing as a way to express ideas was brand new here. But unless you're honestly interested in seeing that, I don't know why anyone would watch this. Screw the whole "1001 films to see before you die."

Honestly, there are a whole bunch of films that are only really interesting if you are a film wonk: this, Hitchcock's Rope, The Tingler, Russian Ark, any film where the story is either meh or horrible, but hey, there's a gimmick! This is not a good reason to watch a whole movie.

I'm a primary sources guy, but honestly, just seeing some "history of film techniques" PBS videos with a handful of examples of what Griffiths did, contrasted with what came before, is enough for me.
posted by nushustu at 9:58 AM on November 17, 2022 [1 favorite]

Honestly, there are a whole bunch of films that are only really interesting if you are a film wonk: this, Hitchcock's Rope, The Tingler, Russian Ark, any film where the story is either meh or horrible, but hey, there's a gimmick! This is not a good reason to watch a whole movie.

Admitting I have a bit of an obvious bias: I actually disagree that a "gimmick" "isn't a good reason to watch a whole movie".

Firstly, one man's "the story is just meh" might be another man's "ooh, the story is good!" There are several movies that people tried to warn me away from that I ended up loving, and vice-versa; in fact, I'm more likely to be the one dismissing the story everyone else loves. So I sure as hell wouldn't expect you to take my word for it because I have an admittedly fussy high standard for storytelling.

Secondly: sometimes there are other things in a "gimmicky" film you end up appreciating. Take Rope: the thing that fascinated me most wasn't the "single-shot" gimmick, it was a pair of masterful performances from John Dall and Jimmy Stewart.

Finally: if you do watch Birth of a Nation, you come away with a much more nuanced understanding of just how horrific that film is. It's not as simple as "oh, it was just racist, the end". The rot goes deeper and spreads further, and you can trace a line from this film to the gabillion cheap Robert E. Lee statues that got put up in the 1920s.

Mind you, this is not to say that everyone has to watch this film. I'm only saying that "oh, it's just got a gimmick" isn't enough of a reason not to watch a film, is all.
posted by EmpressCallipygos at 10:20 AM on November 17, 2022 [6 favorites]

seeing some "history of film techniques" PBS videos with a handful of examples of what Griffiths did, contrasted with what came before, is enough for me.

Mind you, this is not to say that everyone has to watch this film. I'm only saying that "oh, it's just got a gimmick" isn't enough of a reason not to watch a film, is all.

Totally agree. And fwiw, I love Rope. It's just that most people aren't going to recommend Rope to anyone who isn't already asking for Hitchcock, and even then, most people will lead with "it's (kind of) one long take!" Just like they recommend Lifeboat with "it all takes place on a lifeboat in the middle of the ocean!" And I love both of those films (although admittedly it's because I love theater and honestly these are both more stage plays than anything else.)

And also, I love gimmicks in film. But there needs to be more than just a gimmick to make a film worthwhile. And Birth of a Nation isn't even a gimmick, it's just the first time anybody really thought about using modern editing. It's not dissimilar to another first in film, in a very troubled work: The Jazz Singer. That movie isn't very good, and is DEFINITELY problematic. And I don't think anyone would ever talk about it if it wasn't the first talkie.
posted by nushustu at 12:23 PM on November 17, 2022 [1 favorite] 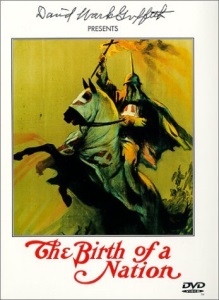