[TRAILER] A young woman (Mariana Hill) searching for her missing artist father finds herself in the strange seaside town of Point Dune, which seems to be under the influence of a mysterious undead cult.

Written, directed, and co-produced by Willard Huyck (Howard the Duck) & Gloria Katz. A US production.

Currently streaming in the US on many, many services, many of them free. JustWatch listing.

Donate $20 or more to MeFi and you can MeMail me a request for a themed day of your own. I'll fill up the sidebar on FF with six movies that fit your theme.
posted by DirtyOldTown 1 user marked this as a favorite
« Older Movie: Demon...   |  Movie: The Borderlands... Newer » 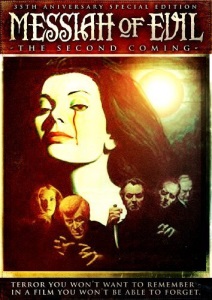