Currently streaming in the US on Hoopla. Also available for digital rental on multiple outlets. JustWatch listing.

The film is delightful and award-winning and still deserves talking about. But no one can truly blame you if you recoil at the filmmaker.
posted by DirtyOldTown (4 comments total)
By the way, if you love Jennifer Tilly (and she is a comedic genius, so why wouldn't you?) she's absolutely fantastic on the tv series Chucky, which is terrific and hilarious and everyone should watch it, thank you.
posted by DirtyOldTown at 2:12 PM on November 28, 2022 [4 favorites]

It has the advantage of Woody not actually appearing in it, and also one of best scripts he’s ever written. It is a great movie by a problematic man. John Cusack and Chazz Palminteri are great and Dianne Wiest is spectacular.
posted by wabbittwax at 4:56 PM on November 28, 2022 [6 favorites]

There's a point in which David Payne has just gotten through an unnerving situation, and is at a bar and asks the bartender "I'll have a double anything." I've been looking for an opportunity to use that.
posted by EmpressCallipygos at 5:09 PM on November 28, 2022 [4 favorites] 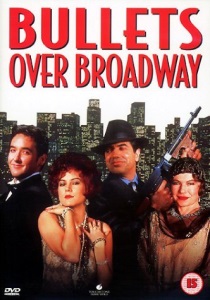