A young woman (Joan Fontaine) marries a fascinating widower (Laurence Olivier) only to find out that she must live in the shadow of his former wife, Rebecca, who died mysteriously several years earlier.

Remade in 2020 by Ben Wheatley, which did not fare as well with critics.

Not available through conventional streaming services currently, but available in its entirety on the Internet Archive.
posted by DirtyOldTown (8 comments total)
For some reason it really bothered me that Joan Fontaine's character never gets a name.
posted by EmpressCallipygos at 12:26 PM on January 23

EC that is the case in the book also, and obviously intentional. she is only ever "the second Mrs DeWinter." its a Story of O level dismissal of her selfhood.

great movie though! LO was soooo hawt.
posted by supermedusa at 12:39 PM on January 23 [5 favorites]

Oh, I know that that's the case in the book; but sometimes things don't always neatly translate from a book to a film, and I'd say this is one of them. For me, anyway.
posted by EmpressCallipygos at 12:41 PM on January 23 [1 favorite]

I do like this movie but it practically begs to be parodied. Mitchell and Webb have obliged by suggesting things weren't all roses for the first Mrs. DeWinter, either..
posted by Nerd of the North at 12:50 PM on January 23 [10 favorites]

I once wrote a tell-all essay from the perspective of the canine actor who played Jasper. I should dig that out and share it sometime.
posted by pxe2000 at 2:43 PM on January 23 [2 favorites]

I saw Carol Burnett's Rebecky before I ever saw this movie.
posted by emjaybee at 2:48 PM on January 23 [2 favorites]

I haven't seen any version all the way through (there was also one on TV), but I have seen this parody starring French & Saunders, plus Adrian Edmondson and Rik Mayall from The Young Ones.
posted by Halloween Jack at 8:44 PM on January 23

I thought the BBC series from 1979 with Joanna David as the second Mrs De Winter and Jeremy Brett as Maxim was better than the 1940 film, probably because it told the story over several episodes and so had more time to develop the characters. Joanna David was also superbly mousy, whereas Joan Fontaine couldn't quite hide the Hollywood glamour.

The 2020 remake was execrable, not least because of Lily James was so flashy, but they also played fast and loose with the story, particularly in the Monte Carlo scenes.

But the 1940 film is atmospheric and, if you've not read the book, is pretty entertaining on a rainy afternoon.
posted by essexjan at 6:23 AM on January 24 [1 favorite] 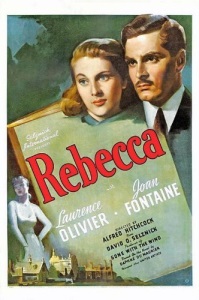