Henry investigates the death of a treasure hunter, which also involves the slave ship that he died his first death on. Jo gets asked out. Adam has a present for Henry.


Way back in the 1800's, we find out that Henry died the first time because he was on one of his father's slaver ships and he was trying to free the slaves. He was shot by the captain. As far as he knows, he feels guilty because all those people died. But he finds out later in the episode that after he died, he conveniently dropped the key within reach of a slave, and everyone got out, revolted, and ended up living free lives. Hooray!

Adam approaches Henry with a theory: he thinks that the weapon that killed you the first time could also kill you again for real. To that end, he gifts Henry with the captain's barnacle-covered flintlock and says to "be a pal and let me know if you decide to try it." Alas, Adam lost his own death weapon yonks ago.

In the modern era, this week's murder case involves the wreck of the slaver ship, siblings with heterochromatic eyes (distinctive! and also leads to Lucas realizing he's the Watson and not the Holmes here), and revenge. Especially when Jo's new rich philanthropist love interest (Cuba Gooding Jr.) gets attacked while on their date. Awkward! He considers that a bonus, though. Anyway, his character comes off a bit weird, and not just because he's involved in a murder case.
posted by jenfullmoon (7 comments total)
Gooding yeah, his character is weird. His demeanor is very off-putting. Too smug. Jo would never.

But I guess she would, since he's going to be on again next week. His imdb page doesn't even list Forever as a credit yet so I can't tell how many episodes he's slated to be in.
posted by the webmistress at 10:20 AM on March 25, 2015

Count me as another one who found Gooding's character weird and creepy and not charming. It's the creeper line and then the smile saying that it came out wrong. Ew.

I seriously thought that the ship showing up hundreds of miles to the north was some crazy Adam plot - I'm glad that I was wrong and there was a semi-reasonable explanation, one that was actually well hinted at earlier (the slave in the coffin).

All in all, I was hoping for more pirates and less creeper Gooding Jr, but it still wasn't a bad episode.
posted by dinty_moore at 7:06 PM on March 25, 2015

Thanks for posting, jenfullmoon - I have houseguests this week, just got to watch the episode now. (Also, your recap is way more entertaining than my just posting my TiVo's synopsis.)

Has Cuba Gooding's Jr.'s voice changed? I don't remember him sounding so craggy before. Not really seeing any chemistry between Jo & him; wasn't really expecting there to be a "Jo starts dating" plot though either, so that may be partially to blame.

The logistics of the slave ship plot were pretty preposterous -- if Henry had wanted to put an end to his family involvement in the slave trade, he could have done it by selling the ship before it left England. Where is he meant to have boarded the ship? If it followed the slave trade route of the time period, it would have left Europe full of goods to be traded in Africa for slaves, then left for America. For Henry to be on the ship already loaded with slaves, he would've had to join the ship after it had already left Africa.

Hey, thanks. It's the first time I've actually been home by 10 on a Tuesday in ages to see it live.

I nth the "why the hell would Jo date this guy" stuff. He was too smiley-fakey-happy-ish and she's...y'know, normal. I think they're dating because the plot said to.
posted by jenfullmoon at 7:50 PM on March 25, 2015

Maybe I watch too many of these kind of shows, but the minute I heard about the ship my mind went to "I wonder if the gun could kill Henry?" and sure enough Adam has a similar thought. Is anyone else suspicious of Adam's "losing" the knife? I mean, I'm not sure if I would take the word of someone who just "gifted" me what might be the only thing that could possibly kill me. He just doesn't seem like the most reliable source.
posted by miss-lapin at 2:55 PM on March 26, 2015 [1 favorite]

I agree, miss-lapin. I thought that sounded fishy that he "lost it" and never tried it out if he's that sick of life. But we shouldn't believe anything that dude says, really.
posted by jenfullmoon at 8:50 PM on March 26, 2015 [1 favorite] 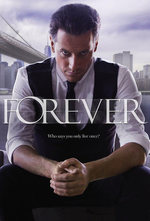