The BAU team look into the case of a truck driver's body that appears to have been torn apart by two different animal species. Will meets Hannibal's strange new patient after one of his sessions. Determined to find Will's true self, Hannibal devises a test but the results surprise him.


The episode begins with one of the more surreal scenes they've done: A kinky sex dream (in a certain sense) of Will's! Interestingly, in the script, Hannibal straight up says, "I love you, Will," before the reckoning bit, but the line is omitted from the show itself.

This episode also gives us Hannibal's greatest sartorial choice ever (apparently something one of the crew had that Mads chose to wear because of the extreme cold while they were filming), and introduces Randall Tier... Who promptly ends up on Hannibal's dining room table like a bird that a cat's killed and brought to you as a gift. I like this one quite a lot, and it holds up to rewatching well, I think, especially when you can watch the next episode right after it.

Despite the delightfully X-Files-esque first kill of Randall's, he ends up being a weak element to me in some ways because they couldn't get his monster suit quite right, though I'm not sure that being able to show it in the clear would've improved things or not. The script as written seems to have us getting a much better look at it.

Finally, this episode is notable because it's the one where the writers walk up to a line regarding Will's dogs that Bryan Fuller promised they wouldn't cross (and quite a few people were upset by this).
posted by sparkletone (14 comments total) 2 users marked this as a favorite
The whole 'adapt, evolve, become' thing as Hannibal encourages Randall to devolve into a creature that was extinct anyway.

Another example of time going backwards.

Isn't it funny that so many people were upset about the maltreatment of a dog whereas hardly anyone noticed that a legit mentally ill man got the fridge?

Thinking about this more today, I realized that it feels like Will graduates from "I combed my hair for once" to "I put a corpse on your dinner table" incredibly fast.

I always assumed this was for compression reasons. Only 13 episodes a season, etc. But it might also be a show of Will's decisiveness? I don't think it's a flaw in the show at all, but should Hannibal be maybe a little more suspicious of the suddenness? I'm honestly not sure as I write this because Will is clearly the most interesting-to-him person Hannibal's encountered in his whole Murder Wizard Dumbledore career...

At the same time, I think what definitely excuses it for me is Will's response to Hannibal remaining cagey in therapy. We saw Hannibal being completely unguarded with Abel during his final meal because haha checkmate, you pretender. But he's still dancing with Will. Will's, "You can be cagey all you want but I am not gonna in the least, and I see you, motherfucker," vibe excuses it perhaps. He knows exactly where Hannibal's... Uh... I was gonna type "erogenous zones are" and that's not wrong but let's go with "blind spots are."

It didn't feel sudden to me, Hannibal's probably really impatient and desperate the way one is with a crush that could slip through one's fingers. Will nearly shot clark ingram last week.

Besides Hannibal said in the dream "In love we take leave of our senses". He wants to believe and so he does.

Also, yes, it is a sign of will's decisiveness. Will is also desperate to get this over with.

and it's still not like, as someone put it in the earlier thread, Will killed a girl scout who knocked on his door selling cookies. The guy he killed was still a wrongdoer, the suspect in a spate of recent killings, and Hannibal set them up for a death battle after intentionally pushing Will's berserk button. Furthermore Will indicated to Hannibal that he wanted another confrontation like he had with GJH. The speed of the confrontation is what feels sudden, since I assume Will was expecting to have a lot more time to control the process and do a fakeup in cahoots with the lab, like he does later with Freddie Lounds.

And everybody on this show has had time to get used to the idea of eating human flesh. Certainly the viewers are used to it.

i mean they tell us nothing we didn't know but

Where are all you people? aT the darkest hour of civilization, YOU SLEEP
posted by tel3path at 3:20 PM on May 5, 2015

Heh. I am madly in love with the new teaser, but this particular thread didn't feel like the right place for discussing it maybe? So I held off and saved it for yelling at/with some people about it other places than here. I sort of wish this particular thing hadn't gotten released for another two weeks or so. It would've been perfect if it came out when we're discussing 2x12, when Bedelia pops back up from wherever she's gone to hide.
posted by sparkletone at 11:12 PM on May 5, 2015 [1 favorite]

There not really much to say about this episode, even though it drops a few things that become really I,ports to later,except..


Ugh you guys notice that Lecter kinda has a type? all these boyishy handsome dark complexitioned pale guys kinda run together.
posted by The Whelk at 9:49 AM on May 7, 2015 [3 favorites]

I posted the trailer on Facebook and 4 or 5 people who had never watched the show were like "wait, Certified Goddess Gillian Anderson is in this? I might have to watch it!"
posted by showbiz_liz at 10:28 AM on May 7, 2015 [1 favorite]

Alana and Will are very similar types, yo.

i swear Alana is Mischa in Hannibal's eyes, always has been. I was blind but now I see. just, Will was a better mischa, one who could understand Hanni.

TOO SOON (he says having posted the next thread and dealing with excitement over how close we are to new episodes).

Also, this is maybe a weird place to say it (and I will again next week) but: I'm going to post 12 and 13 on Tuesdays. I mistakenly assumed Hannibal would come back on Fridays, so there'd be at least a day to reconsider the finale before NEW THINGS OMG. But since we're going back to Thursdays, I want to give us a day or two to FEEL THINGS before S3 starts.
posted by sparkletone at 8:32 AM on May 8, 2015 [1 favorite] 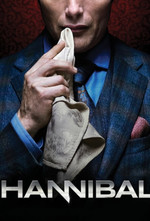